Can You Guess Which License Plates Are From Which US State? 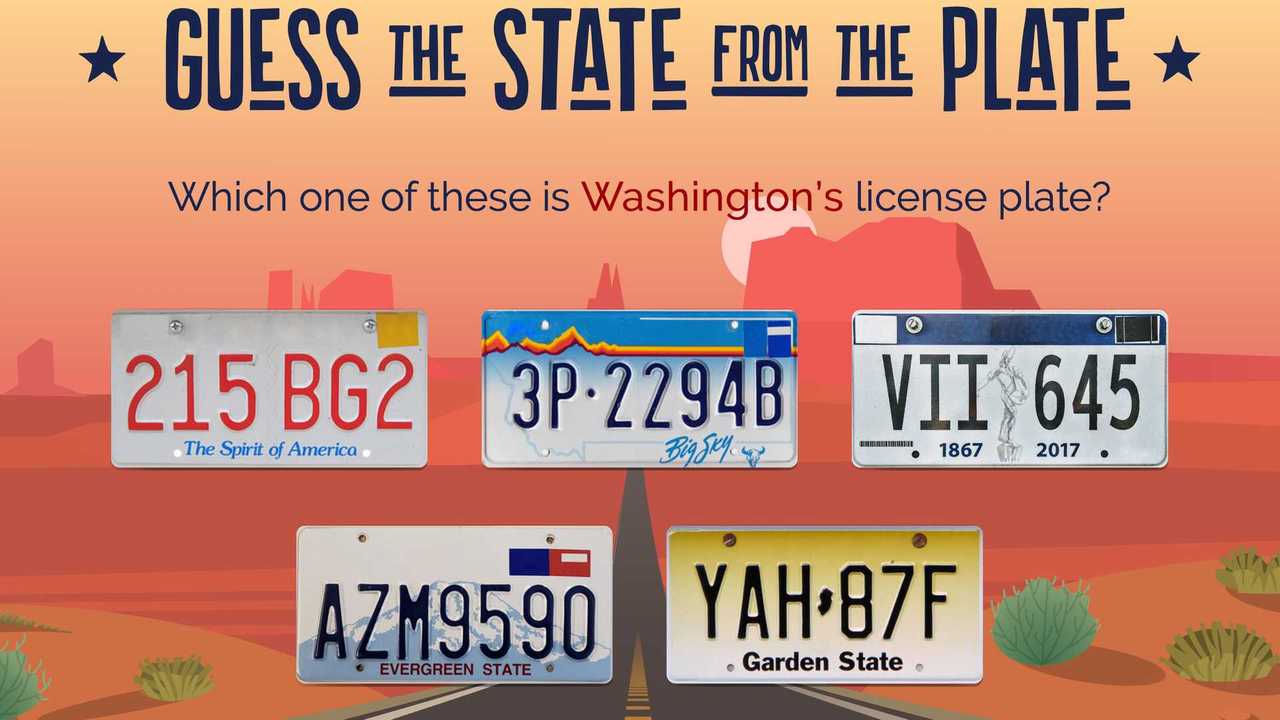 Out-of-state license plates are always easy to spot, as most states have their own unique designs. And no state is ever satisfied with a simple white background and black lettering, so there is plenty of variety. License plates have changed a lot over the years – different materials, shapes, and designs have come and gone with each state having their own regulations. The rules of New York do not apply to Nevada, for example. They're often used as tiny adverts for the state, too, adorned with the state name and motto. But what happens when you remove the identifying information? Is it still easy to match the state with the plate?

A new online quiz from Vanarama tests just that, removing the plate's identifying information while asking players to pick the state's correct plate from several choices. You can take the quiz below! Some states bake the outline of the state right into the plate's design – like New Jersey, which has the state right in the center of the plate. It's impossible to miss it. Others are a bit harder to place, like the snow-capped mountains on Nevada's plate. You don't often associate picturesque mountains in the same state as Sin City, but that's what Nevada chose to show on its plate.

A Crazy State Of Affairs:

The quiz serves up 10 randomized states with several choices. Each time you play, you get 10 new questions with a new mix of potential right plates to pick from, giving the quiz some replay value. If you're not up to speed on your state license plate designs, then knowing state mottos or other nuggets of trivia could be a vital lifeline.

The quiz is nothing more than a fun timewaster, testing your license plate – and state history – knowledge. It'd be interesting to see a quiz on world license plates, comparing each country's, though that would be much more challenging. Take the quiz and tell us your score in the comments below!