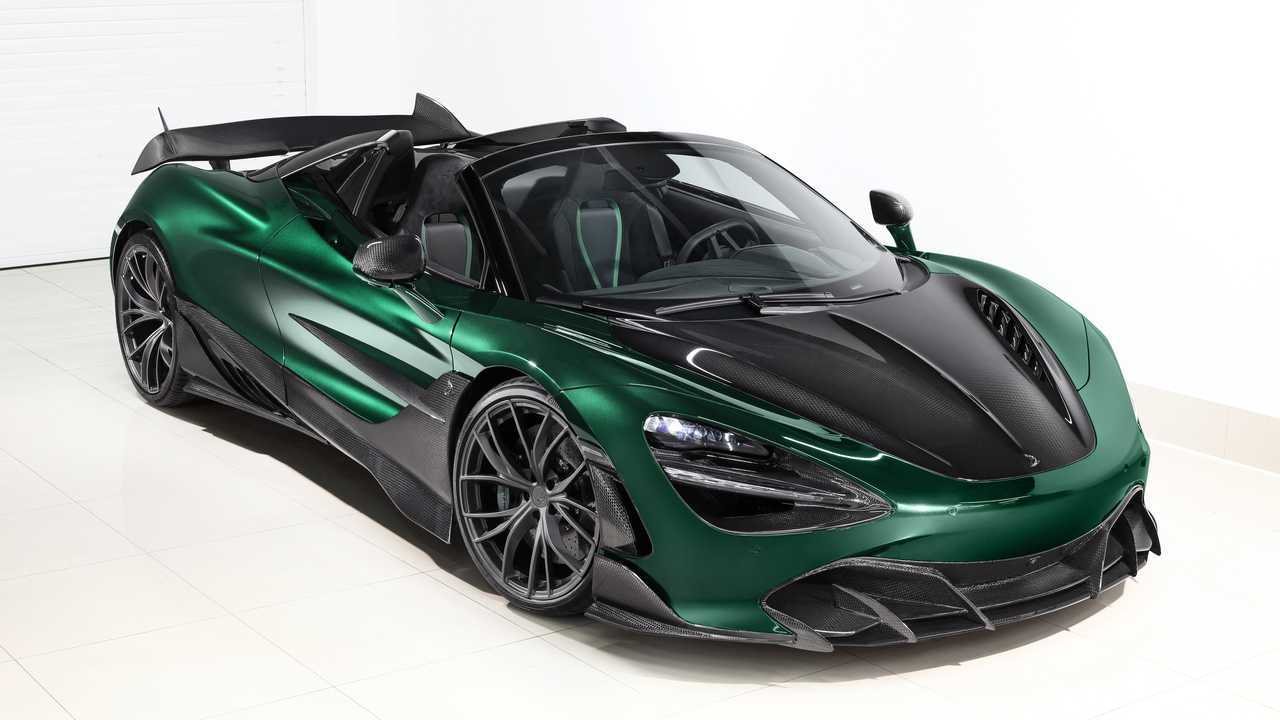 Carbon fiber all the things!

The McLaren 720S Spider is among the tuning companies’ favorite supercars. We’ve seen two impressive projects based on the open-top beast by Novitec and now their colleagues at TopCar are joining them with a carbon fiber-rich 720S Spider wearing the Fury nickname.

Carbon fiber is indeed the key term here as the Russian specialists have focused on developing a complete body kit for the supercar made entirely from the lightweight but ultra-strong material. The package includes a new front skirt insert, a modified spotlight/air scoop mount, a multi-piece spoiler lip, and a new front panel with gills to either side.

At the rear, there are a new diffuser, additional engine cover trims, and skirt insights, plus a stylish rear wing with two fins for which TopCar says they are a reference to the company’s logo, which depicts a shark. The tuners kept the finish of all these exterior components to just a nice clear coat which makes them stand out. In total, the appearance package consists of 50 components.

The cabin of the open-top supercar from Woking also gets some improvements with the most notable being the completely reupholstered seats, center console, and door panels, which are now wrapped in fine Alcantara leather. The interior’s new color scheme includes black and green to better match the exterior hue.

The first example to wear TopCar’s package is this green car, which doesn’t have any mechanical upgrades. The Russian firm, however, says output figures “between 800 and 900 hp are perfectly achievable.”