Hyundai Doesn't Copy And Paste Interior From One Car To Another 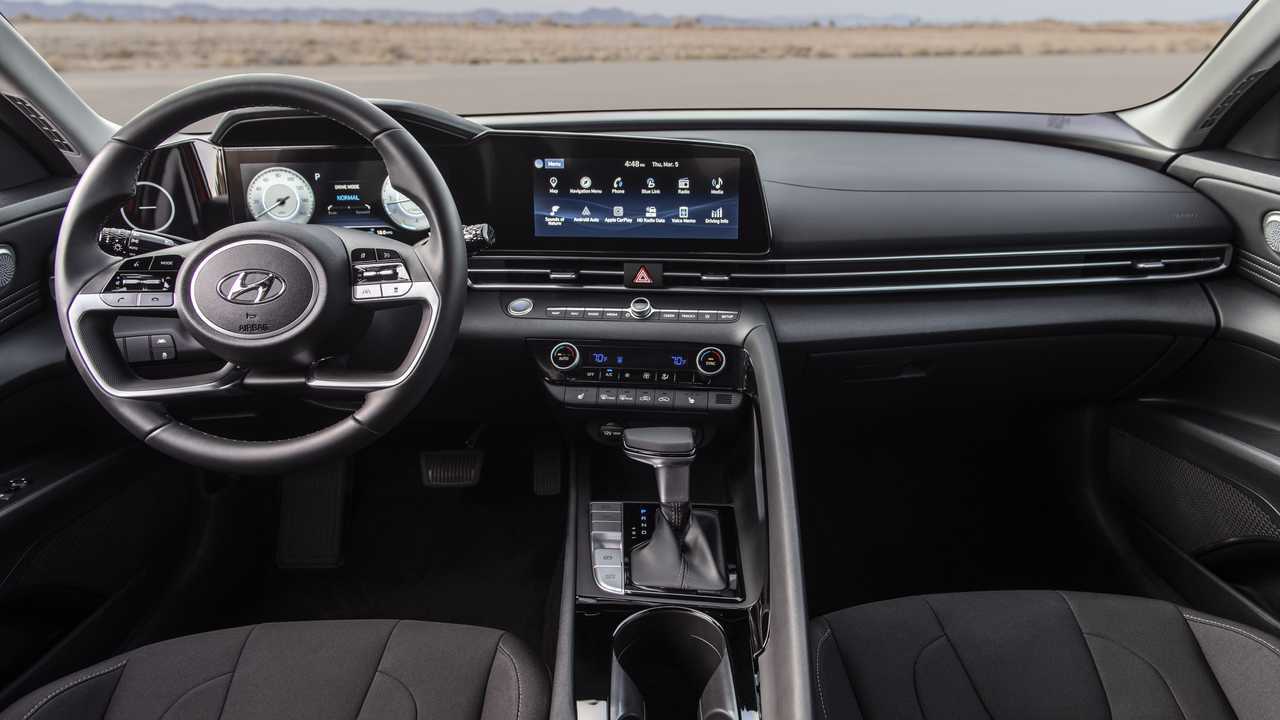 Variety is the spice of life.

Within the last year, Hyundai has given two of its sedans – the Sonata and Elantra – complete redesigns. They're stylistically similar, clearly playing by the same design rules, but each gives their own twist to Hyundai's current design language. Move inside, and their differences are even starker. Many automakers often scale the same interior design to fit a specific model, but Hyundai isn't playing that game.

In an interview with Roadshow, Elizabeth Curran, Hyundai's senior design manager, said that the automaker would never scale the same interior to fit a different sized car. That's evident in the automaker's more recent reveals. You can tell both come from Hyundai – the big logo on the steering wheel is hard to miss – but they don't appear to share many parts.

Hyundai News You Can Use:

The new Elantra (left, below) has an infotainment display that's connected to the digital instrument cluster that has a strange piece of glass attached to it. The Sonata (right, below) separates the instrument cluster and infotainment screen. The Elantra's interior is a bit more driver-focused, too, with a center console divider separating the driver and passenger. Even the HVAC vent design is different between the two, further differentiating the models.

This does help explain the Elantra's odd circle design element. It's a white circle with a horizontal line in the middle of it, and it's positioned next to the instrument cluster. It's not some fancy new vent or strange speaker. It has no functional purpose. Instead, it's simply an aesthetic design choice. It's an odd one, but it's still a choice that designers may not have been able to make if they were downsizing the Sonata's interior to fit the Elantra's smaller footprint.

Save Thousands On A New Hyundai Elantra

Interior car design will likely continue to embrace screens of various sizes as they are now the focal point of many new car interiors. Some automakers, like Porsche, are trying to cram as many screens as possible inside while the majority of automakers use them exclusively for instrument gauges and infotainment systems. What's next for Hyundai's car interiors? We'll have to wait to see.