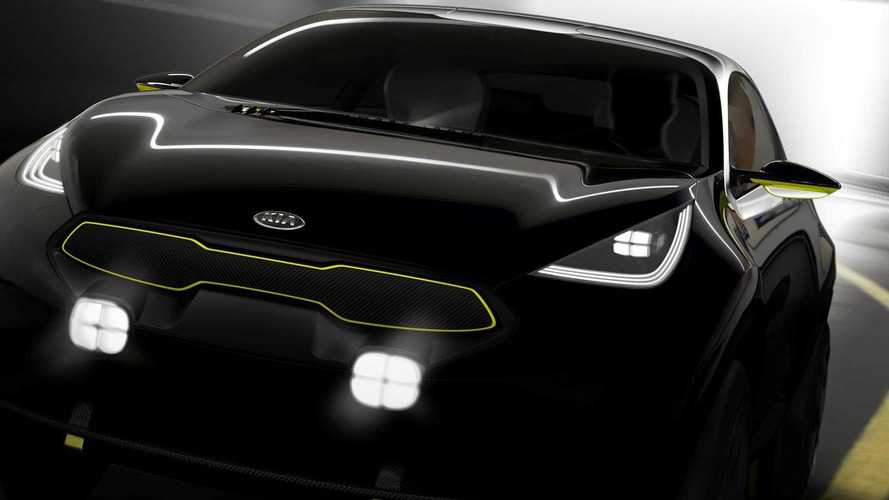 Kia has announced plans to reveal a B-segment concept next month at 2013 Frankfurt Motor Show.

Kia has announced plans to reveal a B-segment concept next month at 2013 Frankfurt Motor Show.

Described as a "dramatic concept", the car will serve as a preview for a possible upcoming competitor in the B-segment. In other words, we are dealing with a compact crossover judging by the slightly increased ride height.

No further details have been released, but from these two teaser photos we notice the Nissan Juke rival will wear Kia's corporate grille together with those "ice-cube" LED daytime running lights and fog lights we've seen on the cee'd GT / pro_cee'd GT. There's also a sculpted hood, bulging wheel arches, wraparound headlights and what appears to be a carbon fiber front lip spoiler.

The futuristic interior cabin adopts a minimalistic approach with only a few switches and knobs, along with a flat-bottomed steering wheel featuring paddle shifters. Judging by the green border of the front grille, the concept probably has a hybrid or electric powertrain.

Further info will be available on September 10 when the car will be unveiled at IAA.