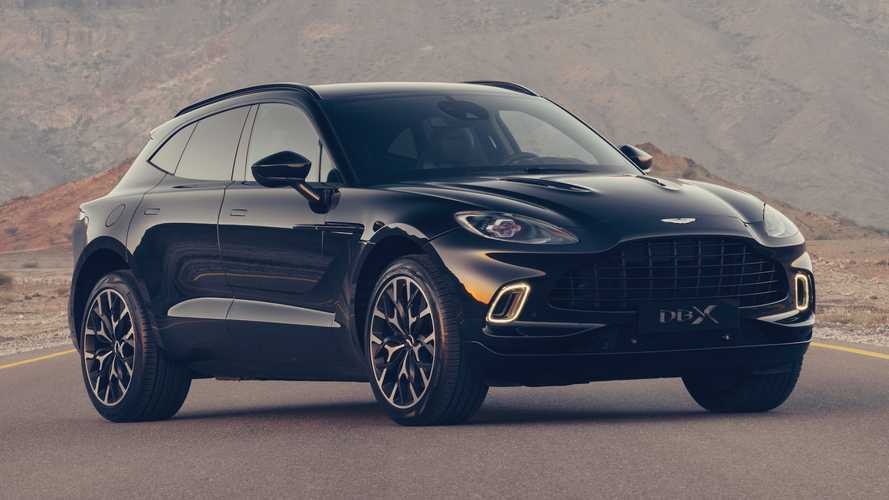 The two new trims would use the DBX platform.

The DBX may be the first SUV from Aston Martin, but it definitely won't be the company's last. Even though it hasn't even gone on sale yet, already Aston is considering expanding its crossover lineup with two additional DBX variants: a four-door "coupe" and a seven-seater, according to a new report.

Aston Martin Lagonda executive vice-president and chief creative officer, Marek Reichman, in an interview with the Australian publication GoAuto, hints at more DBX body styles in the near future. Don't expect an SUV under the DBX, but rather, the company is considering at least two riffs on the current platform.

"We'll never go down (in size)," Reichman told the website. "Not necessarily up, but maybe it's less capacity. So, the wheelbase may remain the same, but maybe the box shrinks a little bit. Because in terms of downsizing, we are never going to be a Macan versus a Cayenne. Cayenne/DBX (sizing) is core, so downsizing then comes silhouette, upsizing is relatively simple, and that's a potential … you could do both off that platform."

Assuming an Aston Martin DBX four-door coupe comes to fruition, it would square up against competitors like the Porsche Cayenne Coupe, BMW X6, Lamborghini Urus, and a few others. A larger three-row DBX, meanwhile, would take the fight to alternatives like the BMW X7 and Mercedes-Benz GLS. Based on the success of both of those segments, Aston's entrants could boost company sales significantly; the already Aston Martin expects the standard DBX to increase sales by about 4,000 units per year.

Until then, buyers will have to make do with the traditional Aston Martin DBX. The SUV goes on sale in just a few months here in the U.S. and starts at $189,000 before options.

More On The Upcoming DBX: