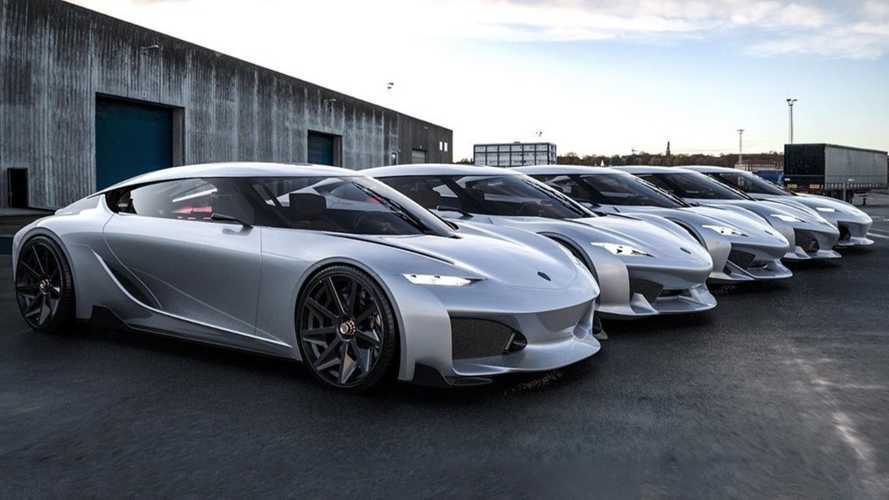 The designers had a general idea, and then made a lot of tweaks to it to figure out what was best.

The Koenigsegg Gemera likely would have been one of the big stars of the Geneva Motor Show, if the event had happened. It's the Swedish brand's first four-seat model but doesn't give up a bit of the firm's famous performance capability by packing a 2.0-liter twin-turbo three-cylinder engine with three electric motors making a total of 1,700 horsepower (1,268 kilowatts) and 2,581 pound-feet (3,500 Newton-meters) of torque. Now, Raw Design House, an agency that's part of the Koenigsegg Group, shows off some alternate, yet rejected, takes on the vehicle's look.

From looking at this lineup of designs, Raw Design House had a very good idea of how the Gemera should look and just made minor tweaks to the appearance. The lineup in the company's photos shows the firm experimenting with the sharpness of the point for the vehicle's nose and whether to cant the headlights inward. There are also a variety of ideas for the lower fascia.

Looking at these renderings in comparison to the production-spec Gemera, Raw Design House mixed and matched these elements to create the road-going model. It has headlights that are mostly flat across the front, and the nose comes to a blunt point that isn't nearly as sharp as the ones on some of these renderings. One interesting point to notice is that the real-world model's front fascia isn't like any of these other ideas by having large openings in the corners with a strip connecting them in the middle and smaller inlet underneath.

The Koenigsegg Gemera Has More Cupholders Than A Nissan Rogue

Unfortunately, Raw Design House doesn't offer a look at its alternative interpretations of the Gemera's cabin. We'd love to know if there's a version with more than the production model's eight cupholders, including four of them with heating and cooling.

Koenigsegg intends to build 300 examples of the Gemera, and the first production examples arrive in 2022.