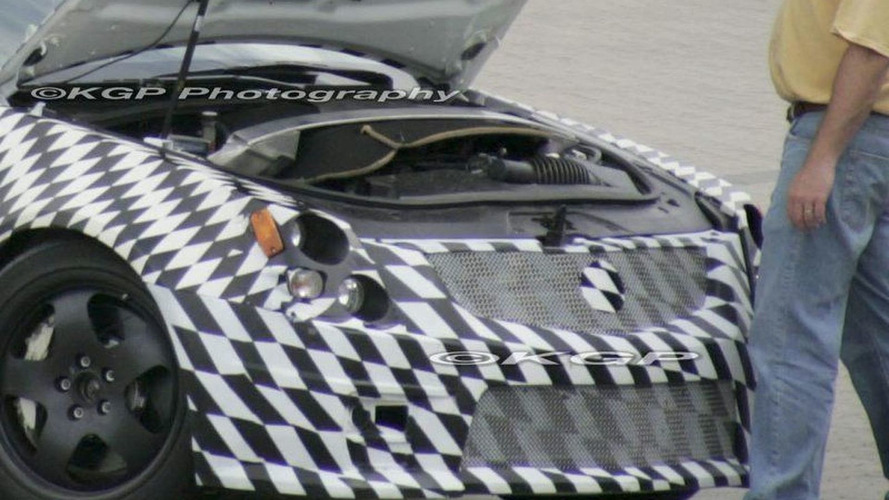 Part of that work involved an impromptu raising of the hood, and our spy was on hand to catch it with the long lens. Our look into the engine bay doesn't exactly solve the mystery...

The Cadillac CTS-V development program has once again gone global, with a trip to Germany and the Nürburgring. Our sources at the track tell us that the actual hot laps on the famous track have been few and far between, as the Cadillac engineers continue to work on the car’s set-up. Part of that work involved an impromptu raising of the hood, and our spy was on hand to catch it with the long lens. Our look into the engine bay doesn’t exactly solve the mystery of what engine is powering the CTS-V, but the massive cross brace spanning between the strut towers seems to explain the huge hood bulge seen on all CTS-V prototypes. That brace sits high to clear some serious engine modifications, but a carefully placed piece of insulation manages to hide the hardware which lies beneath.

There has been rampant speculation about the 2009 CTS-V’s powerplant, with Motor Trend claiming that the car would get a detuned version of the Corvette Blue Devil’s 700-hp supercharged V8 making about 600- horsepower. Others have speculated that CTS-V would get a supercharged version of the 2008 Vette’s LS3 V8. And still others have said that the CTS-V wouldn’t be supercharged at all, using the 505-hp normally aspirated 7.0-liter LS7 from the current Corvette Z06. However, our bet is on the supercharged LS3 version also known as the LSA which we previously reported in a CTS-V spy story we posted yesterday. Our shot of this CTS-V’s engine bay gets us closer than ever before to an answer, but there is still some room for speculation.