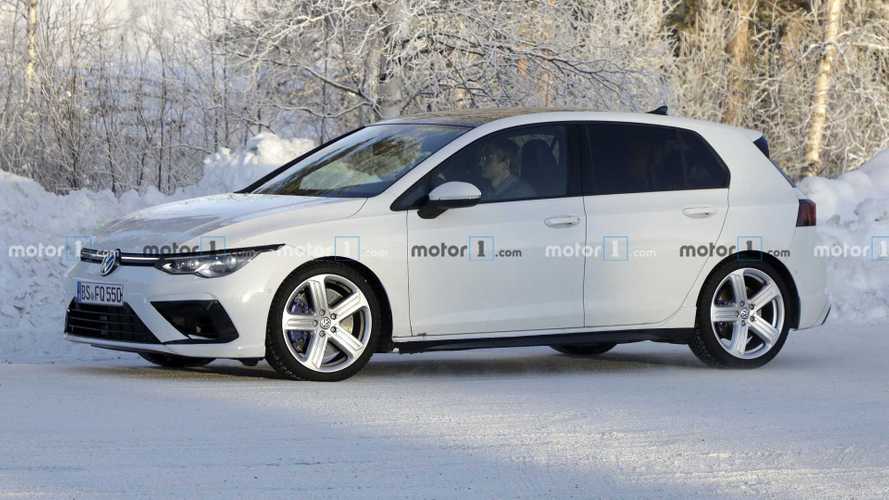 It was almost six years ago when Volkswagen took the Beijing Motor Show by storm with the unveiling of the R400 concept. It was supposed to evolve into a production model based on the facelifted Golf Mk7 with around 420 horsepower. However, it never happened as VW pulled the plug to cut non-essential expenditures to better face the costly Dieselgate. While the seventh-generation Golf never got the high-powered version it deserved, the Mk8 is expected to come with a minor output boost as a recent leak signals the 2.0-liter four-cylinder engine will have close to 330 hp.

A report from Dutch magazine Autovisie indicates VW initially had other plans for the new Golf R as the peeps from Wolfsburg wanted to cram in Audi’s five-cylinder engine. When VW asked Audi if they could use the 2.5-liter TFSI engine, the high-ranked officials from Ingolstadt politely denied, according to “one of the parties involved.”

The reasoning behind this decision is easy to guess – Audi Sport didn’t want the Golf R to step on the RS3’s toes as the VW model would’ve ended up cheaper and that might have cannibalized sales of the high-performance Sportback. The Four Rings allow companies such as KTM and Donkervoort to use its reputable turbo inline-five because their models do not compete directly with the RS3, TT RS or the Q3 RS.

There’s also the issue with ramping up production of the engine at the Győr plant in Hungary where Audi makes the A3/S3/RS3, TT/TTS/TT RS, and Q3/Q3 Sportback model lines. According to the same source cited by Autovisie: “Manufacturing the five-cylinder is very laborious. This makes it very drastic to increase the volumes.”

Even though Audi has allegedly refused to share its award-winning engine with VW, the Golf R could still get a power boost beyond the 330-hp output expected from the regular R coming later this year. With the aforementioned R400 concept, VW showed it can take the 2.0 TSI engine to 394 horsepower and 332 pound-feet (450 Newton-meters) of torque. There are rumors of a hotter R Plus variant arriving further down the line with more oomph to rival not just the RS3, but also the 416-hp Mercedes-AMG A45 S.