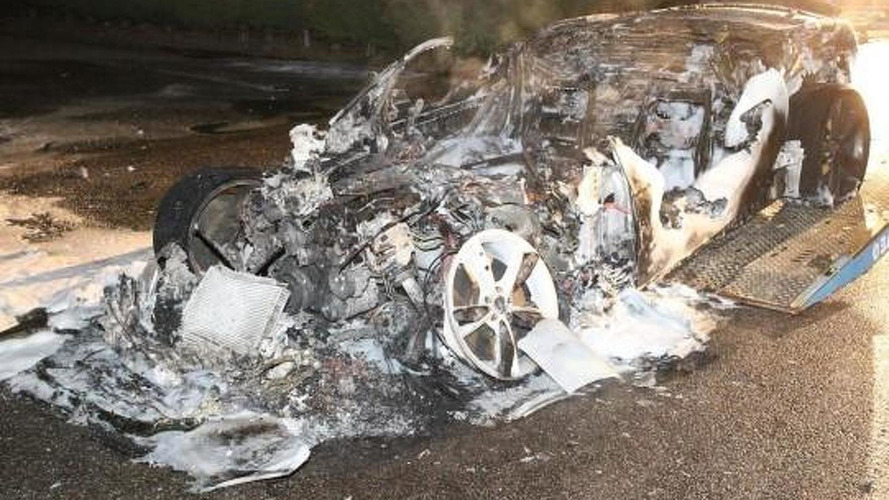 A Jaguar F-Type caught fire and burned almost completely in Herentals, Belgium. Nobody was hurt.

Only eight F-Type models have been delivered up until now in Belgium, but only seven of them are on the road since one of the cars burned on the E313. The driver spotted "a defect in the vehicle" and decided to pull off the highway. When he got out of the car the F-Type ignited and burned almost entirely before the fire department arrived.

Jaguar representative Isabelle Michiels said "something like this has never happened. We are puzzled." She added the company will send an expert from UK to investigate what went wrong. The only good news is nobody was hurt after the F-Type turned into a fireball.