Mazda RX-Vision GT3 Concept Heads to Gran Turismo This May 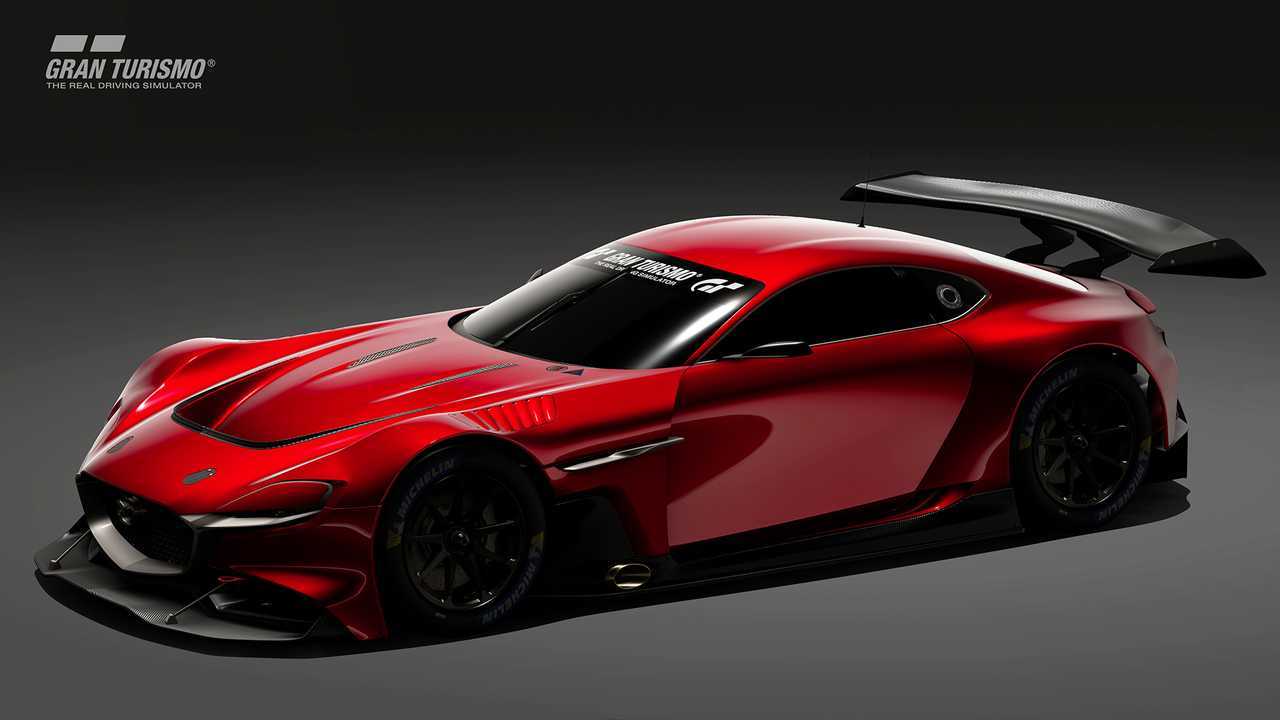 The rotary engine returns! Sort of.

With real racing delayed for the foreseeable future, digitized racing may need to take its place. Thankfully, players of Gran Turismo, the iconic video game franchise, will soon have a new car to race this May – the Mazda RX-Vision GT3 Concept. The car was teased in a sketch back in November, previewing the long, sleek racing concept that'll be available in Gran Turismo Sport for the PlayStation 4. It'll be available in an update scheduled for May 25.

The RX-Vision GT3 Concept takes a ton of inspiration from the stunning Mazda RX-Vision concept the Japanese automaker revealed at the 2015 Tokyo Motor Show. The concept hinted at the return of the rotary engine to Mazda's lineup, but it was more of a tease than any official announcement. While the engine is set to power future Mazda models in some capacity, gamers will get to experience the rotary-powered concept in the game, too.

Mazda never revealed performance details about the RX-Vision's powertrain. However, we know the video game version will produce 562 horsepower (419 kilowatts) while sporting a 48:52 front-to-rear weight distribution. Ikuo Maeda, Mazda's head of global design, penned the GT3 Concept's design. He was responsible for the design of the RX-Vision concept and the funky RX-8.

The RX-Vision GT3 Concept's design is a bit more realistic than what was teased in the design sketch, which featured oversized wheels and a super-low greenhouse. The video game version is a bit more realistic, with wheels wrapped in the appropriate amount of rubber with plenty of visibility out the windshield. The additional aero bits up front gives it a proper race car appearance while the side-exit exhaust behind the front wheels is a nice touch. The massive rear wing, extensive use of carbon fiber, and big rear diffuser complete the futuristic look.

The addition of the Mazda RX-Vision GT3 Concept comes as the automaker has signed a partnership with the game's developers, Polyphony Digital, to become a partner of Gran Turismo Sport from 2020. More Mazda models are expected to come, too.

Introducing the 'RX-Vision GT3 Concept' from Mazda, now an Official Partner of the FIA GT Championships!

Gran Turismo welcomes Mazda as an Official Partner of the FIA (Fédération internationale de l'automobile) Certified Gran Turismo Championships. Accordingly, Mazda is now confirmed as a selected manufacturer for all 'World Tour 2020' live events, including the World Finals where the Series championship title is decided.

The Gr.3 Class 'Mazda RX-Vision GT3 Concept' is coming in May!

The new Gr.3 ‘Mazda RX-Vision GT3 Concept’ is coming to GT Sport in May and is sure to be a powerful ally to all Mazda drivers of the world competing in the official FIA Gran Turismo Championships. First revealed at last year’s World Finals in Monaco, this GT3 Class racer is based on the 'RX-Vision' rotary sports car concept that was announced at the 2015 Tokyo Motor Show. The RX-Vision features a rotary engine at the heart of its FR layout and is a sports car that encompasses Mazda’s 'Kodo' ('Soul of Motion') design philosophy. The Gr.3 'Mazda RX-Vision GT3 Concept' continues the legacy of Mazda’s legendary rotary engine sports cars and will be coming to Gran Turismo Sport through an online update on 25 May.