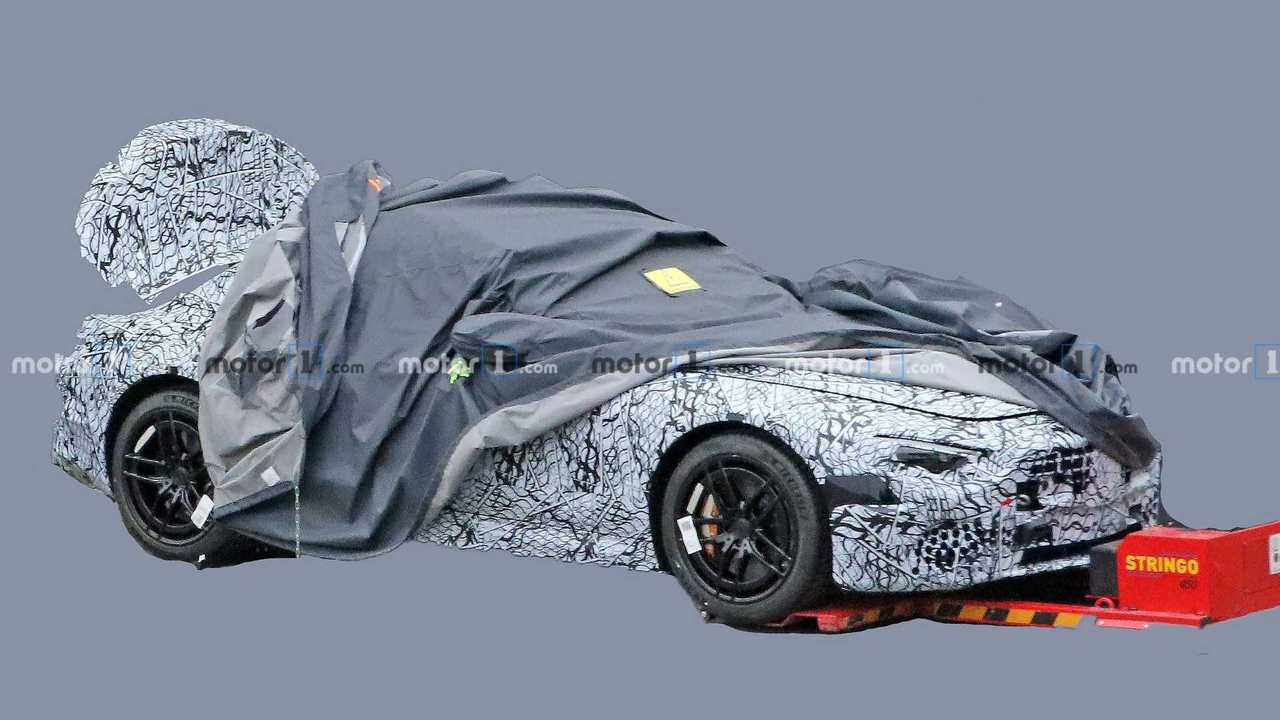 The range-topper could be a hybrid with 800 horsepower.

A new Mercedes SL-Class is coming. We spied a bizarre super-deformed E-Class sedan back in 2019 that was actually a test mule for the new posh performer, and in January we got our first look at the fresh roadster in an actual production body. There’s still much we don’t know about the next-gen Merc, but some leaked information reported by Mercedes-fans.de could shed some light on the entire SL lineup. The information comes from an alleged insider and can’t be confirmed, so take this with a grain of salt.

That said, it’s an interesting grain of salt to be sure. The report lists six different models for the SL, starting with the 43 and ending with the SL 73e 4MATIC+. Presumably, the e indicates it will be a plug-in hybrid model and this source claims the car will pack 800 combined horsepower (597 kilowatts).

Electricity is said to be fused with a twin-turbo 4.0-liter V8, and if you’re thinking that power rating is rather bonkers, you’re not the only one. If accurate, it would elevate the SL far beyond anything currently offered in the AMG GT lineup, but then again, the forthcoming GT 73 should have an 800-hp hybrid setup. Isn't that convenient?

The report doesn’t just talk about what could be the new range-topping model. Everything but the entry-level SL 43 is listed with Merc’s 4MATIC all-wheel-drive system, with a hybrid option also showing up for the SL 53. Other models include an SL 55 S and an SL 63, and we’ve heard from previous tips that the SL could get a 2+2 cabin as opposed to being a pure two-seater.

At this point, there are two things we can say for certain. AMG boss Tobias Moers has said the new SL will be considerably more sporty than the current model, which suggests it’s going to be more than just a suave convertible with a big engine. We also know that Daimler has trademarked some 73 model names. So yes, we’re taking this alleged leak with a grain of salt. But there’s certainly some supporting evidence to suggest this salt could be a sweet taste of what’s to come.