A full restoration is planned for the performance SUV.

Friends, we’ve seen literally all kinds of crashed and wrecked vehicles - from mainstream everyday rides to supercars, from minor dents to totaled exotics. But we’ve never seen an SUV that’s missing half of its front end that’s actually able to move under its own power. But we’ll get to that in a few moments.

Let us introduce the SalvageMasterV channel on YouTube first. It focuses on videos that detail the full restoration of heavily damaged vehicles. Think of it as the American equivalent of Arthur Tussik, the Russian master mechanic who brings all kinds of crashed vehicles back to life.

Everyone Deserves A Second Chance:

The newest addition to SalvageMasterV’s garage is a 2019 BMW X6 M and it’s going to be fully restored. This doesn’t seem like an easy job especially considering the fact that the vehicle is actually missing its A-pillar on the driver side, its hood, windshield, and parts of the roof. So, is it really fixable?

Honestly, we wouldn’t put our family for a trip inside that car regardless of how good the repair work is. But each to their own, as they say, and SalvageMasterV is actually going to fix it somehow and return it to its former glory. And no, this isn’t the donor car - it’s the vehicle that’s going to be repaired and another X6 M will be used for spare parts. We can’t even imagine how bad a car would have to be deemed as a donor car for this project. 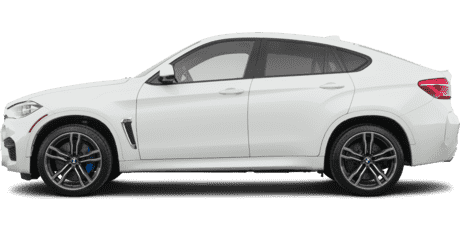 And now about the fun part. In order to park the damaged X6 M in his garage, SalvageMasterV needs to unload it from a trailer and he decided to do that under the vehicle’s own power. After some quick (and hopefully temporary) fixes to the front suspension, the performance SUV is actually capable of starting its engine, engaging a gear, and running on its own power. It’s a sight to behold, really.

Below we've attached the latest installment of the video series available at the moment showing the restoration progress.