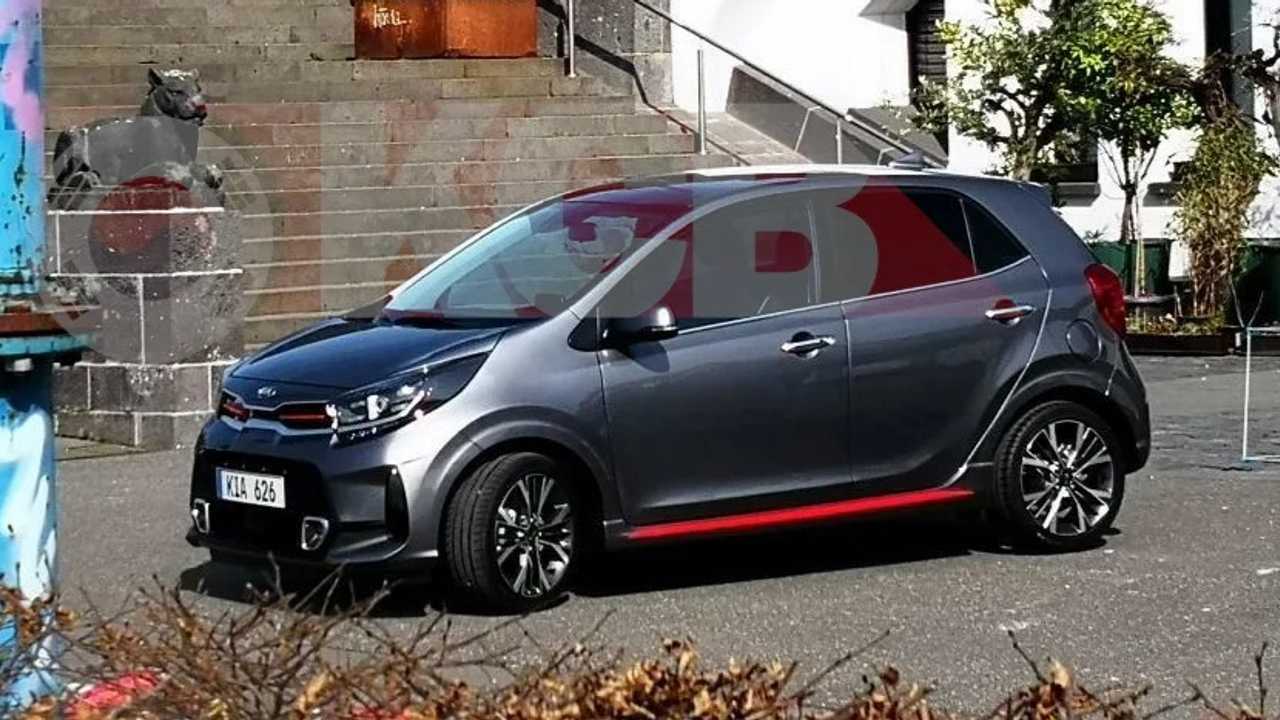 It appears to be the range-topping GT Line model.

Way too small to ever be sold in North American, the Picanto is Kia’s entry-level car in Europe where it goes up against other city runabouts such as the Toyota Aygo, Peugeot 108, Citroën C1, Renault Twingo, and the new Hyundai i10. The third generation was unveiled approximately three years ago, so it comes as no surprise a mid-cycle facelift is planned. We actually saw the revised A-segment hatchback back in January when it was fully camouflaged, but now the disguise has completely come off.

A reader of The Korean Car Blog spotted the camo-free Kia Picanto near Frankfurt in Germany where the pint-sized hatch was taking part in a video shoot. Given the red accents in the front grille and the side skirts, we’re tempted to believe the car in question is the GT Line, which makes sense considering automakers are always shooting the range-topping version of a car for marketing purposes.

The styling changes compared to the current model are on a rather subtle level, but Kia has actually applied quite a few changes. The headlights have a new look and the fog lights now have a trapezoidal shape, while the corporate “Tiger Nose” grille has a horizontal red strip across likely reserved for the GT Line. Kia has also made some tweaks to the front bumper as we’re noticing the vertical air intakes are not the same as before.

The only other change noticeable from this angle is the alloy wheel set as those two-tone rims appear to be a new addition to the range. Expect some mild changes at the back as well where the taillights probably have new graphics and the bumper a slightly modified look, with the dual exhaust tips reserved for the GT Line trim to carry over.

Get Up To Speed With The Picanto:

It would make sense for the 2021 Picanto to have just about the same engines as its sister model, the i10. Therefore, it will likely have a naturally aspirated 1.2-liter gasoline unit with 83 horsepower and 118 Newton-meters (87 pound-feet) of torque. A turbocharged 1.0-liter three-pot has 99 hp and 172 Nm (127 lb-ft) offers more punch in the Hyundai model. Both engines are hooked up to a five-speed manual transmission in the i10.

Kia could show the Picanto facelift at the Paris Motor Show in October, unless the coronavirus will once again have an impact on an auto show following Geneva’s cancelation and the New York Auto Show’s rescheduling for August.