2020 Buick Envision S For China Gets An Early Reveal 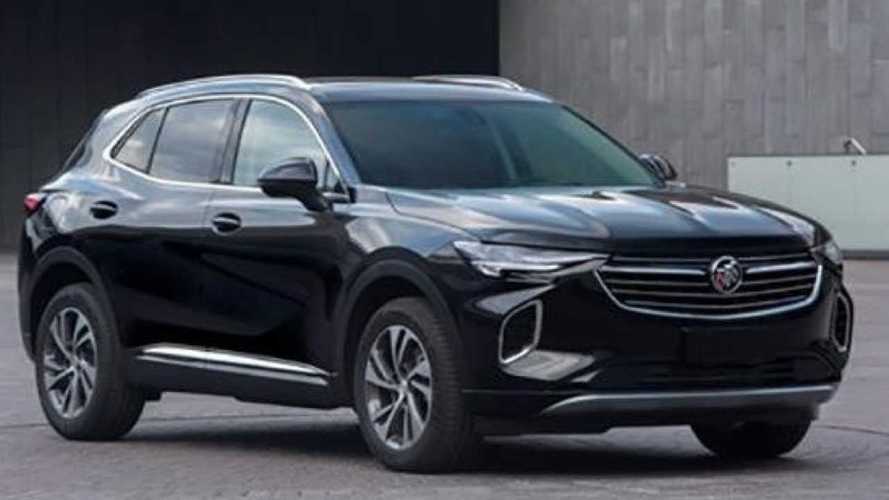 The image quality is not that great, but the crossover still looks quite fetching.

It was back in October 2019 when we shared images of the facelifted Buick Envision for the Chinese market, images that likely previewed the updated version of the crossover coming to North America soon. It appears the local SAIC-GM joint venture has also been working on a different flavor of the compact model as new images published by China’s Ministry of Industry and Information Technology (MIIT) show a sleeker shape for the CUV.

While Buick isn’t saying a word just yet about the new model, local reports from China are indicating the model in question is going to be sold as the Envision S. The poor quality of the image prevents us from taking a good look at the badge on the tailgate, but AutoHome lists the compact crossover as being the Envision S.

Aside from looking arguably better than the regular Envision, the new S is said to serve as a more upscale product positioned above the standard model. Little else is known about the model, but power is expected to come from a turbocharged 2.0-liter gasoline engine with close to 240 horsepower and more than 250 pound-feet of torque.

GM Authority is reporting the Envision S will also make it stateside where it will be sold alongside the forthcoming Envision facelift, slotting below the Enclave. The report goes on to mention the newcomer could eventually replace the standard model, but nothing is official at this point. An official reveal of the CN-spec model should occur in the weeks or months to come, but we’ll have to wait some more for the North American variant, if the model is actually slated for a U.S. release.

If that’s going to be the case, it’ll be interesting to find out where it will be built, maybe in the U.S. or Mexico, unless it will be imported from China as it is the case with the standard Envision.