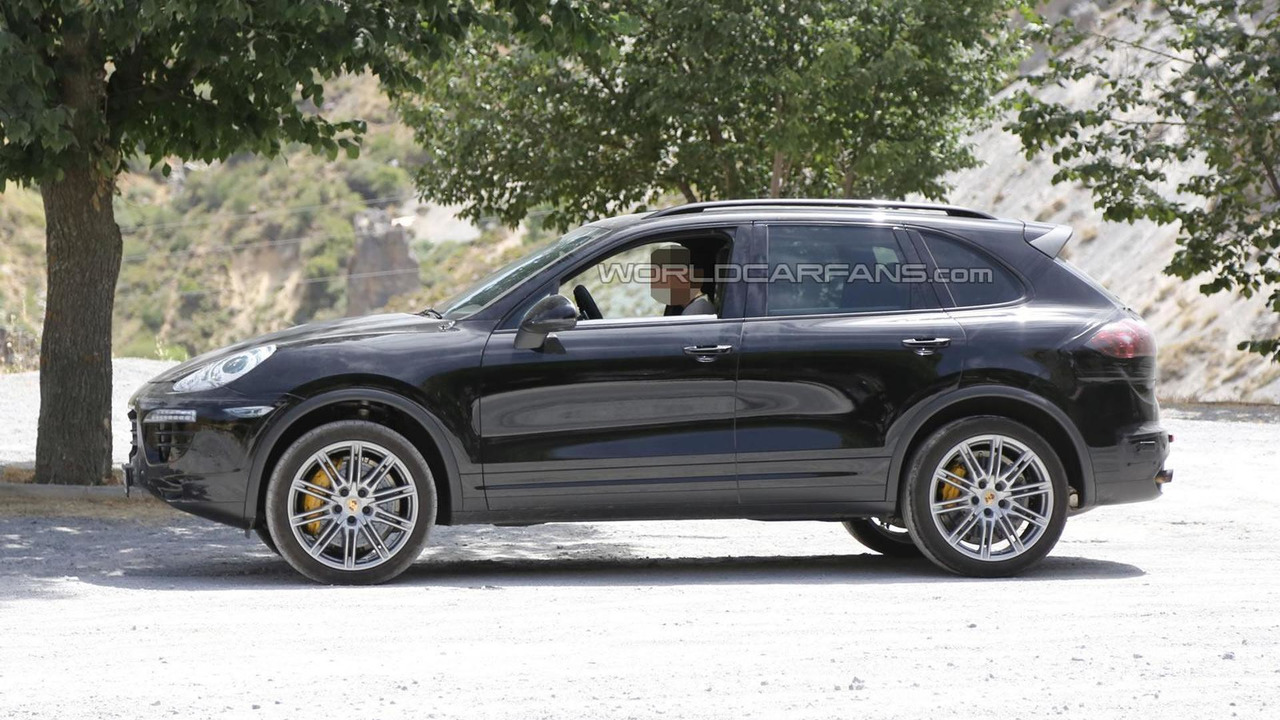 The 2015 Porsche Cayenne facelift has been spied testing in Southern Europe, ahead of a late 2014 reveal as a 2015MY.

The 2015 Porsche Cayenne facelift has been spied testing in Southern Europe, ahead of a late 2014 reveal as a 2015MY.

Changes appear to be more significant than originally believed as these prototypes were wearing a considerable amount of camo. This can only suggest Porsche is trying to differentiate the Cayenne from the upcoming Macan so that the smaller SUV won't cannibalize sales of its larger brother. These prototypes were caught carrying extensive camouflage at the front and rear which means we should expect major changes in the front bumper, hood, rear boot, as well as both headlights and taillights.

In a couple of the attached photos you will notice the needles on the gauges are green which probably indicates it's the rumored Cayenne E-Hybrid version powered by a V6 3.0-liter delivering 316 bhp (235 kW) working together with a 94 bhp (70 kW) electric motor and a 9.4 kWh lithium-ion battery. Combined output will be of about 410 bhp (306 kW) and should be able to run on electric power for approximately 22 miles (35.4 km).