Bentley Centanne Render Is The Electric Shooting Brake Of The Future 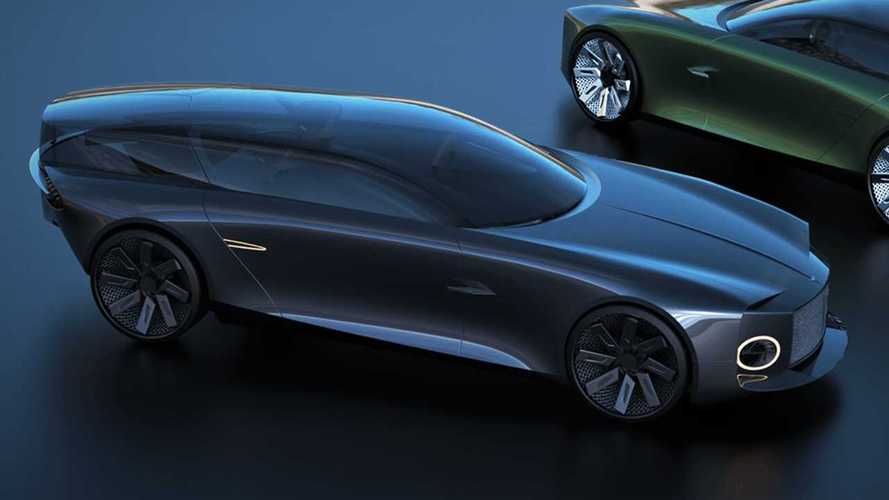 It hides a little secret behind the seats.

Bentley and coachbuilding go hand in hand. The Bacalar and Continental GT Convertible Equestrian are the two most recent examples of the British company’s skills in building bespoke creations tailored to the needs of those customers who are willing to spend a fortune on a heavily personalized vehicle. What’s the future of coachbuilding in Crewe? Here’s one designer’s vision.

Joseph Robinson decided to draw a project which proposes a very interesting idea of modular Bentley models. It’s based on what he describes as an electric skateboard platform, which allows customers to install different cabins to best suit their lifestyle.

Case in point, the Centanne rendering here imagines a zero-emission shooting brake for the future, which is inspired by the so-called resort touring. The design takes inspiration from London’s modern architecture and from sci-fi characters, and the result is the stunning long-roof grand tourer you see in the attached gallery.

One of the most interesting features of this concept is the area behind the seats where the designer has envisioned “a loveseat for its passengers, so they can enjoy the view without leaving the vehicle.” Meanwhile, “the electric powertrain will still allow for ample storage space up front.”

Robinson’s idea includes three different cabin shapes that should be easily interchangeable. In addition to the shooting brake/wagon body style, there’s also a more stylish coupe cabin, as well as a high-riding crossover one. The electric architecture should allow customers to quickly swap cabins whenever they want.