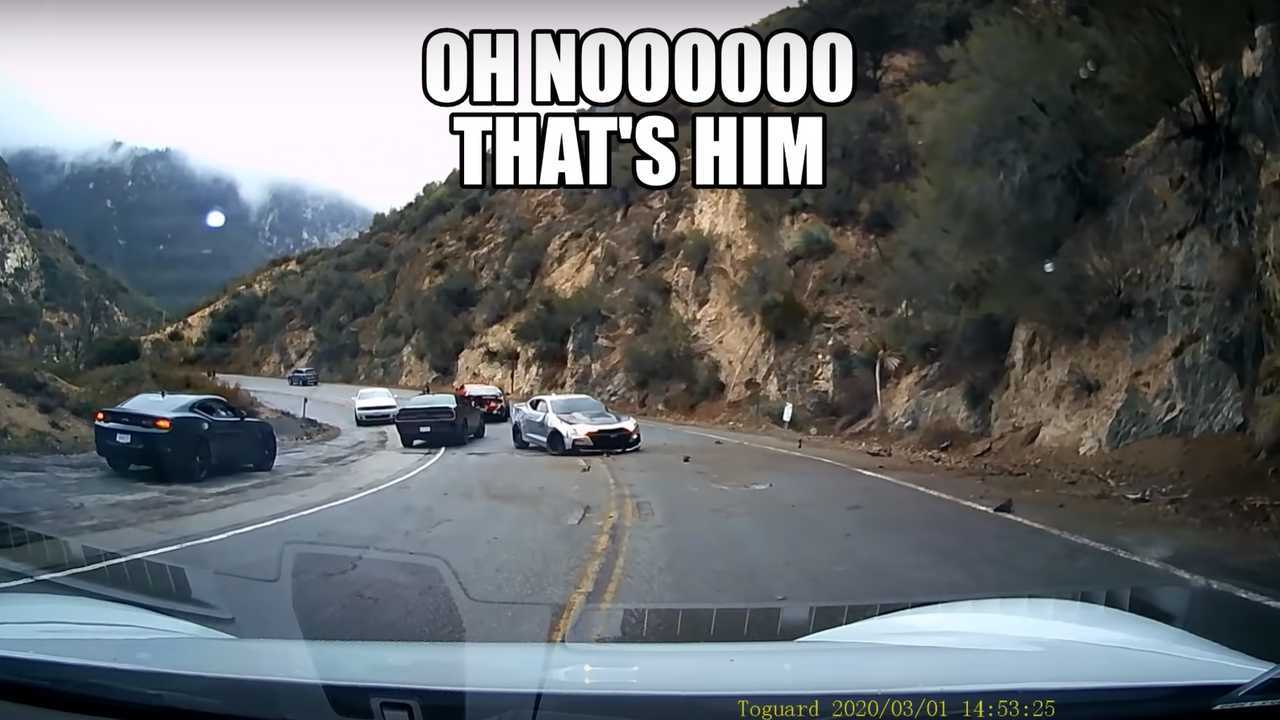 Turning a small ticket into a bigger problem.

[UPDATE] The video has been taken down from YouTube.

We get it, we really do. We love our high horsepower machines with rear-wheel drive, and we like to flex our "driving skills" to our buddies on the weekends. The difference is that the smart ones take it to the track instead of doing burnouts on a heavily travelled and policed section of the Angeles Crest Highway in California. Oh, and may we add that if you do get caught doing something stupid by the police, no matter how embarrassing it may be, just pull over and take the ticket, no matter what. These are the words of wisdom we would've imparted on Mister Camaro in this video, but alas there was no chance to do so.

In the video above, you can see the camera car, what looks like to be an Abarth, together with his/her Abarth buddies pulling up to a famous pullover spot in the Angeles National Forest. You could already see the smoke billowing from quite a distance away so you already know that a car was already doing some donuts was happening. We don't know if this was a planned thing or he just decided to show off to his friends, because it was pretty suspicious the way the rest of the Mustangs, Challengers, Chargers, and other Camaros were parked; almost as if they were waiting for something like this to happen.  Mister Camaro goes for a few rounds as the camera car picks up the end of his stint just as a Sherriff Rescue pickup rounds the corner, obviously wanting to have a chat with the driver. They both pull into the parking lot but the Camaro does a quick 180 and books it down the mountain, with the Sherriff pickup "chasing" him. No matter; you can never outrun a radio.

On the way down, the camera car stumbles upon the aftermath of the "chase", with a few emergency vehicles already on scene to attend to the crash. From the looks of it, it was a major one, completely taking off the right side of the car and spinning it to face oncoming traffic. Totalled? Definitely. We hope the driver is okay and learns from this experience. From a simple ticket to jail time real quick.