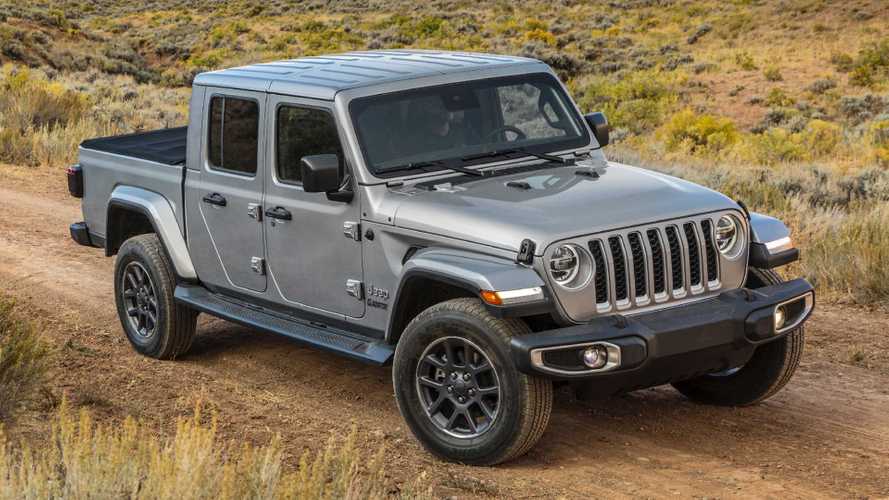 Better tech and additional towing at a discounted price.

Update: A Jeep spokesperson responded to our inquiry with the following clarification: "The packages are available for ordering on Gladiator Sport and Gladiator Overland, but are now categorized under the 'Popular Equipment Package.'"

The Jeep Gladiator is the 2020 North American Truck of the Year. It took home the annual honors in January alongside the Kia Telluride (SUV of the year) and Chevrolet Corvette (car of the year). But unlike its two co-winners, Jeep plans to forward those winnings on to its consumers; the company will offer potential Gladiator buyers discounts on the award-winning pickup via two "Truck of the Year" packages.

While Jeep hasn't announced the discounted package through its official channels yet, the site MoparInsiders.com notes that some dealerships have detailed information on the two upcoming "Truck of the Year" packages. The first is for the Gladiator Sport S, and adds equipment like a black hardtop roof, a larger 7.0-inch Uconnect touchscreen (versus the standard 5.0-inch screen), Convenience Group features like a universal garage door opener and remote start, as well as the Trailer Tow package. The Trailer Tow package includes a 240-amp Alternator, a new receiver hitch, a heavy-duty engine cooler, and a trailer hitch zoom feature.

The mid-range Overland model (like the one pictured here) gets a similar "Truck of the Year" option, but this one gets even more. The black hardtop roof and Trailer Tow option from the same package on the Sport S model both carry over, but now there's an even larger 8.4-inch screen, a premium audio system, and leather seats. Normally, those options would set you back $4,735. But the "Truck of the Year" package is just an extra $2,495 atop the Overland model's $40,395 asking price. That's a pretty significant $2,240 worth of savings.

More On The Jeep Gladiator: