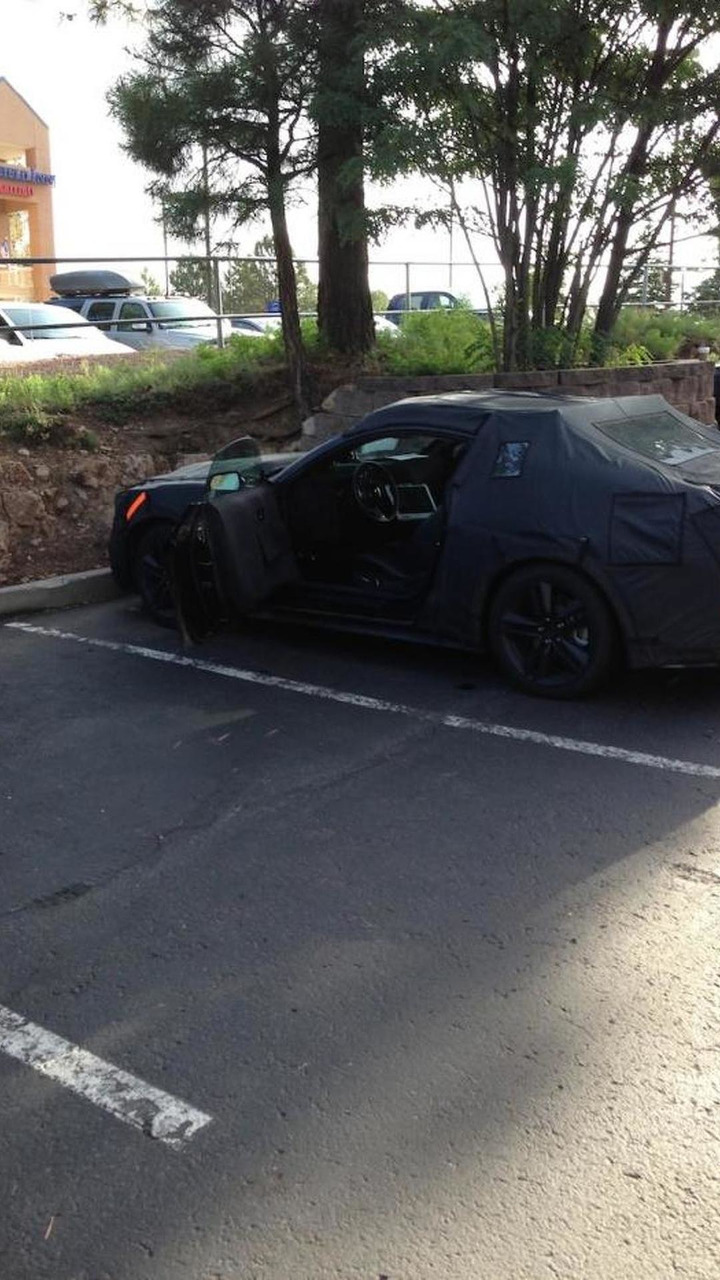 The Mustang aficionados at MustangG6 have come across a handful of prototypes at a hotel in Arizona.

The Mustang aficionados at MustangG6 have come across a handful of prototypes at a hotel in Arizona.

While the cars are heavily camouflaged, the pictures suggest it will feature a prominent grille, slender headlights and new door mirrors. We can also see the model will likely have a similar roofline to its predecessor.

The interior photo doesn't reveal much but we can make out a three-spoke steering wheel and handful of metallic accents.  Despite our limited view, the 2015 Mustang is expected to have a higher quality cabin with upgraded technology.

The endless stream of rumors makes it hard to sort fact from fiction but the general consensus suggests the model will be offered with a 2.3-liter four-cylinder EcoBoost engine that develops 350 bhp (261 kW) and a 5.0-liter V8 that produces approximately 450 bhp (335 kW). There have also been rumors about an entry-level V6 and range-topping Shelby GT350 with "substantially more" than 450 bhp (335 kW), but nothing is official as of yet.

Check out the source for additional photos