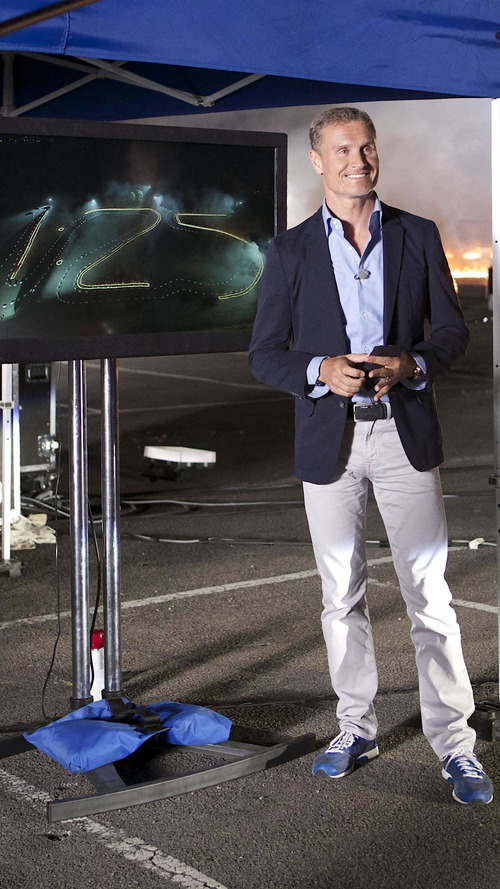 British magician Dynamo has performed a special stunt with a former Formula One driver David Coulthard. See the video inside

British magician Dynamo has performed a special stunt with a former Formula One driver David Coulthard.

Using a Mercedes SL63 AMG, Coulthard set a lap time of 38.57 seconds on a specially constructed track. Dynamo then attempted to beat the time while wearing a blindfold. While Dynamo wasn't able to beat Coulthard's time, he was able to predict the time that Coulthard thought the lap would take.

According to Mercedes-Benz UK Marketing Director Andrew Mallery, "As the latest installment in a series of challenges which sees Mercedes-Benz UK put David Coulthard to the test, this is by far the most daring yet. The SL 63 AMG is a hugely impressive car, so it really is the perfect fit to have as the starring role as part of such an astonishing feat.”