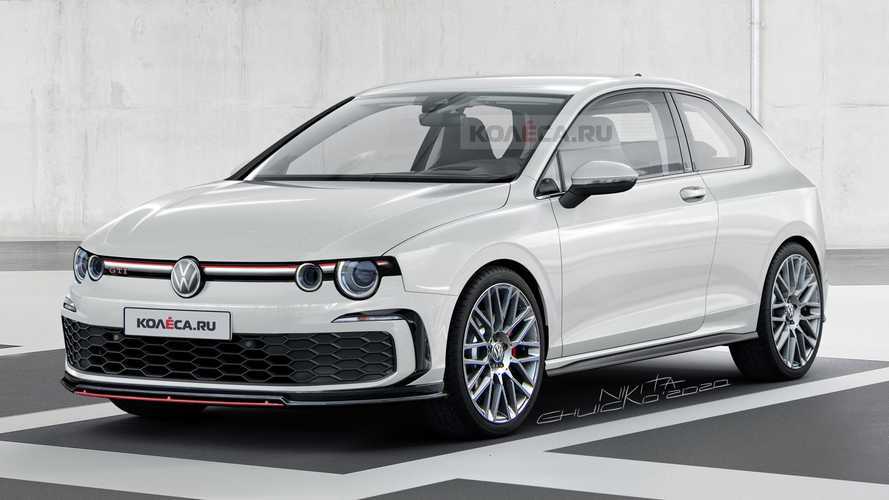 A fusion of old and new.

Volkswagen touts the up! GTI as being a spiritual successor of the Golf GTI Mk1, but fans are still longing for the good ol’ days when the first Gran Turismo Injection ruled the hot hatch scene. Seven generations after the original, the new Golf GTI is much more powerful and technologically advanced than its ancestor, but it’s also significantly bigger and heavier.

The folks over at Kolesa.ru did something quite interesting with their latest rendering by imagining the recently unveiled Golf GTI with styling cues adapted from the original model with the double headlights. The design exercise actually takes after the updated version of the Golf Mk1 that had the wider taillights introduced towards the end of 1980.

The retro-flavored performance hatchback has been imagined in the three-door layout as this is the body style many fans associate the first Golf GTI with, even though there was also a more practical five-door model. Beauty is in the eye of the beholder as always, but we can all agree the car looks rather interesting and some would say it has a stronger personality than the actual Mk8.

The bigger taillights of the Golf GTI Mk1 facelift are connected through a wide LED light strip on the tailgate to mirror a design choice becoming increasingly more popular on current cars across several segments of the market. Overall, it’s a mélange of old and new to create an eye-catching rendering that has zero chances of ever happening in real life, but nice to see nevertheless.

Golf GTI – Then And Now:

The end result is something we wouldn’t mind parking in our garage, especially since the new Golf GTI comes exclusively in a five-door flavor. VW and many other automakers under the VAG umbrella have axed compact three-door cars citing poor demand, but many hot hatch aficionados would’ve loved to see the GTI Mk8 with two fewer doors.