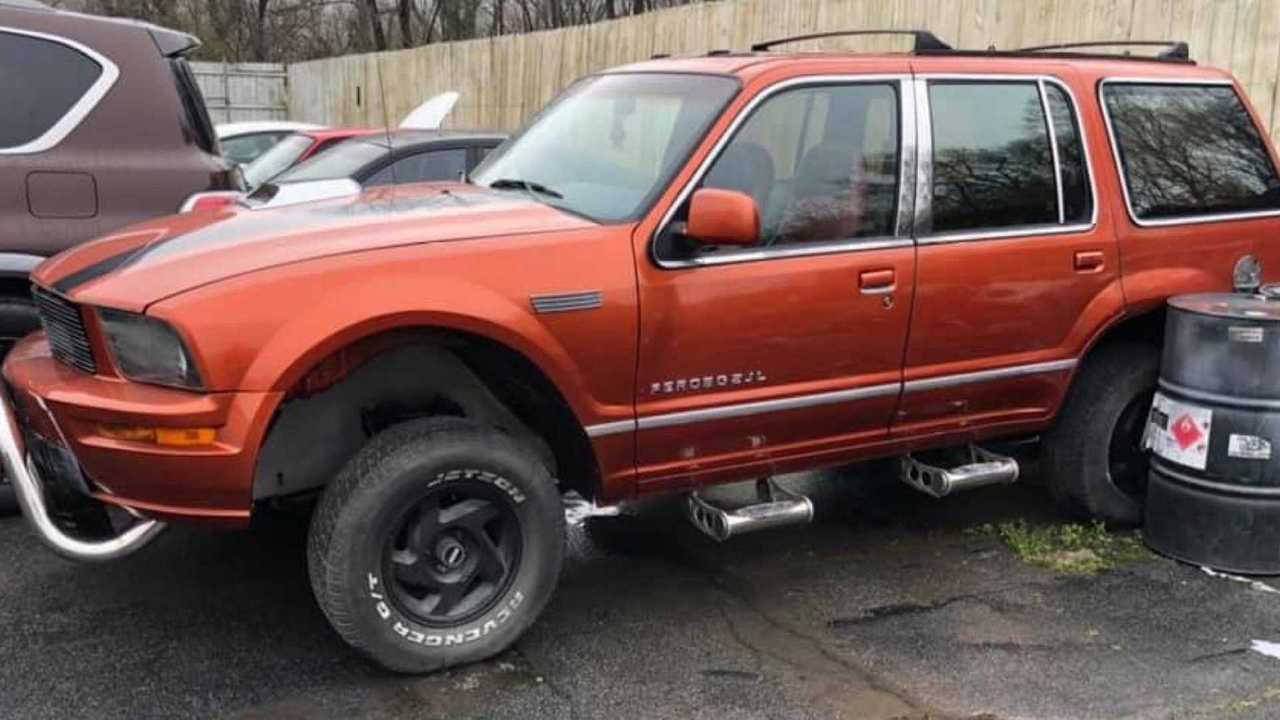 Some enterprising vehicle customizer found a way to graft the nose of an S197-generation Ford Mustang onto that of a first-generation Explorer SUV, and to everyone’s surprise, the look isn’t actually half bad.

Reddit user u/fifer253 uploaded images of the mashup to a community devoted to questionable car modifications, although an earlier set of photos made their way to Imgur seven months ago courtesy of user aamnesiac. While redditors are busy drawing parallels to that other Mustang SUV, we must say the Explorer-turned-pony car features some decent craftsmanship. The Mustang’s front fenders were likely shortened slightly to fit onto the Explorer’s body structure, and the hoodline is elevated relative to the SUV to provide that muscle car–chic high cowl.

This Ford Explorer Is Mashed Together With A Tow Truck

Around the back, a custom roll pan replaces the stock steel bumper with exhaust cutouts incorporated into the sheetmetal. There’s also a second set of taillights inverted underneath those of the regular Explorer, adding some serious Family Truckster style.

The most egregious error on the part of the customizer was not centering the wheels within the front wheel arches, although we’re pretty positive we wouldn’t be able to do any better. Still, the offset front wheels are the most obvious indicator that this is a home-built SUV. Otherwise, the quality of the work is thoroughly decent.

Some unattractive and tacky details distract from the customization work, though. Abundant – and poorly fitted – chrome trim resides on all of the window surrounds (as well as one set of taillights). A tacky skidplate/brush bar combo protects the front bumper from junkyard dogs and nasty potholes. And the step bars under each door are unsightly and match neither the brush bar nor the rear roll pan. Jetzon Revenger tires appear on the black-painted, but otherwise stock, Explorer wheels.

For those who don’t want to spend the estimated base price of $43,895 for the 2021 Ford Mustang Mach-E, a custom like this could be one way to get a Mustang-ish SUV in the driveway. However, as surprisingly okay as this newly schnozzed Explorer looks, our dough would still go toward the EV ‘Stang.