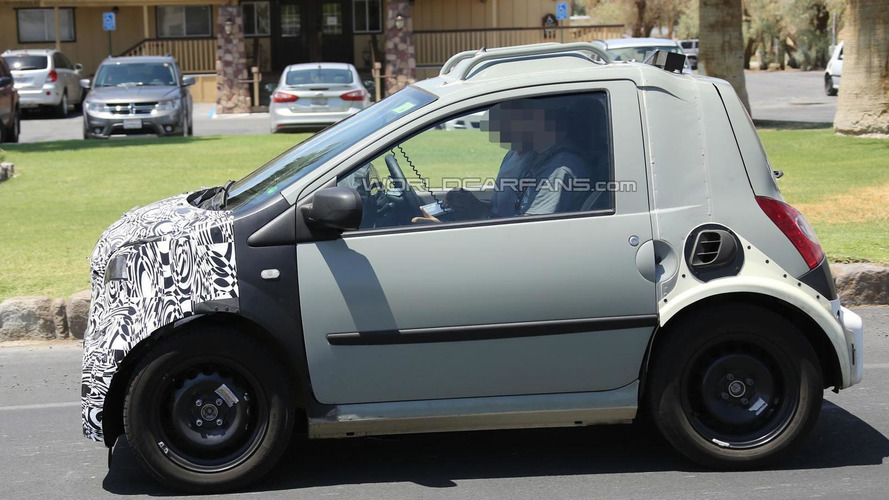 According to a new report, two preview concepts of the all-new Smart ForTwo and ForFour will be showcased at next month’s Frankfurt Motor Show.

According to a new report, two preview concepts of the all-new Smart ForTwo and ForFour will be showcased at next month's Frankfurt Motor Show.

Both of them will share the same platform with the third-gen Renault Twingo and will be entering production next year. Just like in previous iterations, the third-gen Smart ForTwo will be offered as a coupe and cabriolet featuring a fabric roof.

Powering the two-seat ForTwo will be an all-new direct-injection, three-cylinder, 0.9-liter gasoline engine developed by Mercedes-Benz in collaboration with Renault which will produce 85 bhp (63 kW) when naturally-aspirated and 105 bhp (78 kW) when turbocharged. An optional dual-clutch, seven-speed automatic gearbox will be available, while a diesel engine is not being considered at this moment.

Also in the pipeline is a ForTwo e-Drive model which will get an electric motor rated at 90 bhp (67 kW) working together with a lithium-ion battery pack.

As far as the ForFour is concerned, this will ride on a stretched platform of the ForTwo with styling influenced by the ForStars concept. Capable of seating four people, the ForFour will be 820mm longer than the ForTwo so it will be around 3550mm long, with a 2470mm wheelbase and a 1701mm height. One of the engines available will be a more powerful variant of the aforementioned turbo 900cc mill.

Mercedes-Benz chief Dieter Zetsche told Autocar the entire Smart lineup will ride on the new rear engine/rear-wheel drive platform. Smart is planning a ForFour-based crossover which will come with body cladding and an increased ride height. An entry-level SUV to rival the MINI Countryman is also being considered.