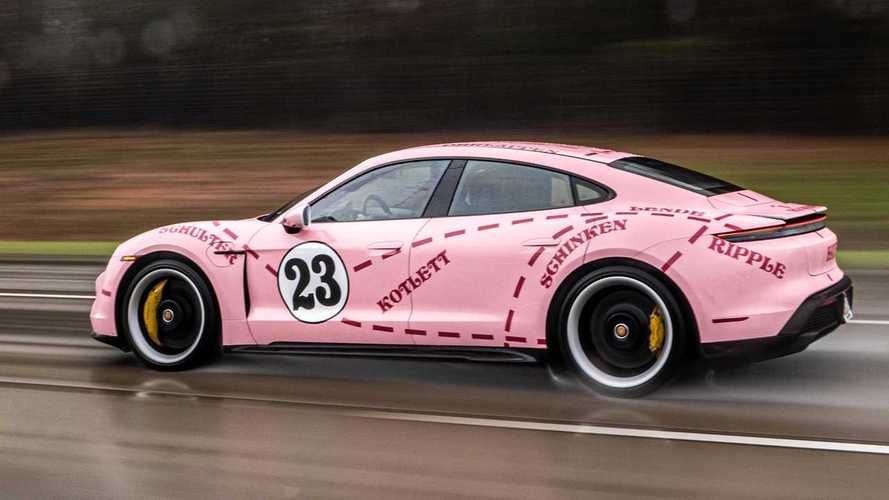 Can you recognize these racing liveries in one glance?

Porsche might have become quite famous for its iconic sports cars, but the German marque has made quite a name in motorsports as well.

The early years of Porsche in motorsports date back to the 1950s where it only had small race cars in its arsenal. As years passed, Porsche developed its motorsport prowess, which came with successful victories in several branches, but mostly in long-distance and endurance races. The victories, of course, became more iconic because of the racing liveries that the Porsche race cars carry, which the Porsche Taycan is wearing in an exhibition at the Amelia Island Concours.

Can you name the exact Porsche race cars that these dressed-up Taycans represent?

Let us try and refresh your memory here. Perhaps the most iconic win for Porsche was in 1970 when the 917 Kurzheck won the 24 Hours of Le Mans for the first time. It was wearing the red with white stripes livery at that time, complete with the iconic number 23.

The following year, Porsche's 917/20 made a sensation at the Le Mans in 1971, being the fastest car during the pre-race qualification session. But that wasn't the reason behind its legend – the pink racing livery went down to history as the "Pink Pig", "Big Berta," or even "Truffle Hunter."

Porsche Confirms A Taycan Blew Up In A Florida Garage
⠀

Of course, who would forget the Brumos Porsche that won the Daytona 24 Hours four times? Wearing the blue and red stripes livery with numbers 58 and 59 (with 59 becoming the more iconic number), the Brumos Porsche's first victory was in 1973 when Peter Gregg and Hurley Haywood won using a Porsche Carrera RSR.

Were you able to get all three? If you did, well, congratulations, you truly are a Porschepile.