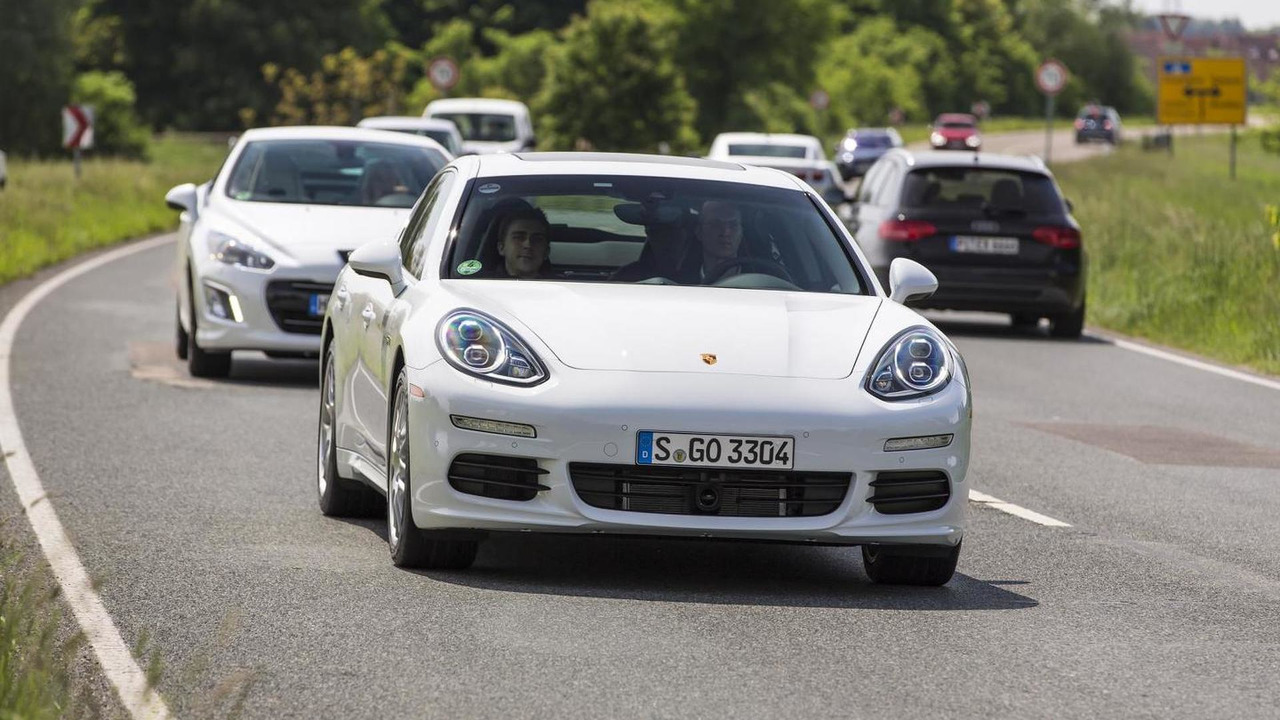 Porsche has released a lengthy video where they present some highlights of the 2014 Panamera S E-Hybrid.

Porsche has released a lengthy video where they present some highlights of the 2014 Panamera S E-Hybrid.

Without any doubt the hybrid Panamera isn't your typical Porsche but rest assure that it's built "in the Porsche way" even though it has a 94 bhp (70 kW) electric motor and a 9.4 kWh lithium-ion battery pack. These work together with a new V6 3.0-liter gasoline engine developing 316 bhp (235 kW) which results in a combined output of 410 bhp (306 kW).

The highlight of Porsche's hybrid tech development will be revealed next month at the Frankfurt Motor Show when the production-ready 918 Spyder will be finally unveiled after more than three years since the concept was shown.