Land Rover doesn't yet have an entry in the compact premium crossover niche.

The Land Rover Defender lineup could grow in the years to come because there are once again rumors of the automaker offering a smaller entry under this famous moniker. The company's thinking goes that it is currently missing a competitor against little crossovers like the Mercedes-Benz GLA-Class or BMW X1, a smaller Defender would fill that niche, according to Which Car from Australia.

The tinier Defender would reportedly ride on a shortened version of Land Rover's modular aluminum platform. The styling would look like the other members of the Defender family, just in a smaller footprint. Expect it to have a five-door body.

An earlier report indicated that the vehicle might go by the name Land Rover 80 without any specific reference to the Defender sub-brand. It would have an estimated price of roughly £25,000 ($32,123 at current exchange rates) – significantly less than the Defender 110 starting at $49,900, plus a $1,025 destination charge. Powertrain options allegedly include a hybrid-assisted three-cylinder or turbocharged four-cylinder, and all-wheel drive would be an option.

The Rumors About A Smaller Defender: 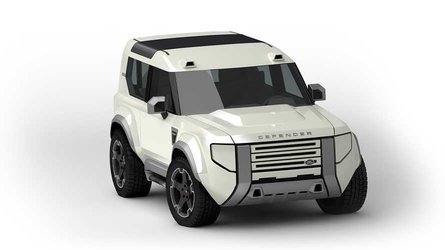 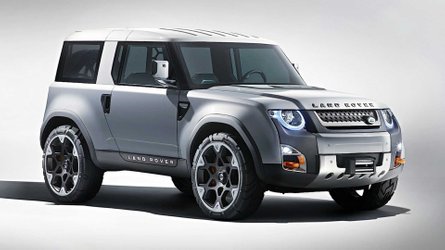 At the other end of the spectrum, Land Rover is also considering a Defender with three rows of seating that would wear the 130 moniker. Which Car reports that it shares a wheelbase with the 110 but with extended space at the rear to accommodate the additional passengers.

Land Rover dropped plans to build a new Defender with a pickup body because the company didn't believe a cargo bed offered a significant upgrade in storage space. Adapting the aluminum platform to underpin a truck also prevented the company from creating the pickup.

The four-door Defender 110 goes on sale in the United States first, and deliveries should start in the spring. The two-door 90 joins the lineup later in the year.