Four Vans Fight In One Of The Slowest Drag Races Ever

Watch a combined 636 horsepower race to the finish line.

For many, vans live in the shadows of today’s crossovers, SUVs, and trucks that consumers are all too eager to buy. They’re exceptional family vehicles and even better cargo haulers, the workhorses for millions of businesses big and small around the world. But which one is the quickest through the quarter-mile? Thankfully, Carwow forged ahead to find an answer, gathering four vans: Volkswagen Transporter 6.1, Toyota Proace, a tuned Ford Transit from MS-RT, and a Mercedes-Benz Vito. Combined, the four produce 636 horsepower (474 kW). The McLaren 720S better watch out.

Need A Dose Of Horsepower? Watch These: 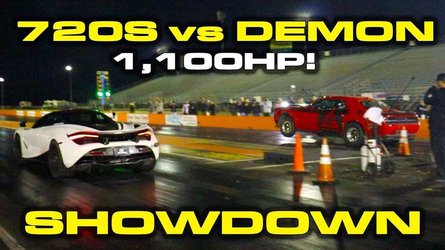 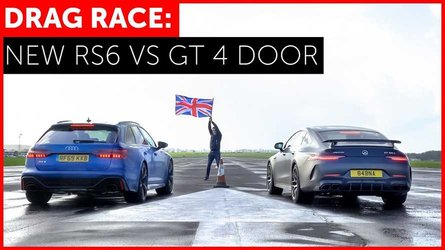 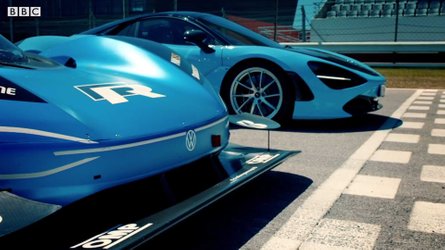 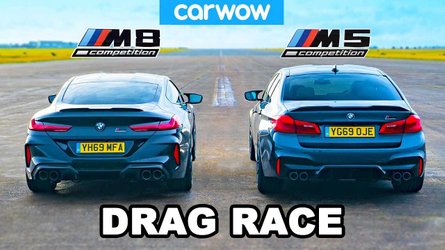 The results mirror the horsepower numbers. The first race had the VW besting the Toyota by 0.1 second – 18.2 versus 18.3. The Ford finished third at 19.3 seconds with the Mercedes trailing behind, finishing the quarter-mile race in 20.2 seconds. The second race has the Toyota winning, followed by the VW, Ford, and Mercedes. Two rolling-start races finish with the same results. A braking test has the VW eking out the Toyota for the shortest stopping distance. 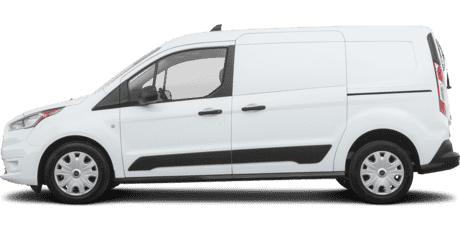 Drag races are great entertainment, even if the competitors have a fraction of the horsepower often seen in the drag race videos that we cover. There’s still a thrill watching two neck-to-neck cars are near the finish line, even if the two vehicles barely breach triple-digit speeds. The video puts into perspective the latest vans – if you were concerned about boxy straight-line speed.