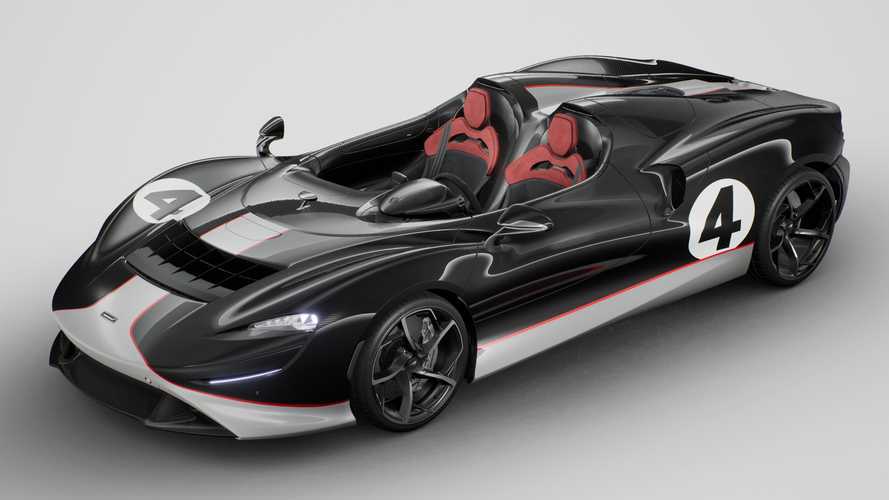 The theme celebrates the Bruce McLaren’s McLaren-Elva M1A being the fastest car at the 1964 Canadian Sports Car Grand Prix. The car repeatedly smashed the lap record seven times and equaling the lap record four more. The original M1A tipped the scales at just 1,215 pounds using a 4.5-liter Oldsmobile 4.5-liter V8. McLaren infused the original M1A with cutting-edge technology, at least for the time.

McLaren Is Making Its Mark:

McLaren 765LT Debuts With 755 HP And Lots Of Carbon Fiber

And the McLaren Elva of today is no different. McLaren again built a cutting-edge speedster, this time infusing it with the latest and greatest technologies and materials. The modern-day Elva uses a ton of carbon fiber to keep the weight low. The powertrain is smaller in displacement than the original’s Oldsmobile 4.5-liter, but it makes way more power. The new Elva uses McLaren’s twin-turbocharged 4.0-liter V8 that produces 804 horsepower (600 kilowatts). It’s capable of rocketing the roofless supercar to 62 miles per hour (100 kilometers per hour) in under three seconds.

When McLaren revealed the Elva, it announced its starting price of $1.69 million, with customers able to customize their cars through MSO. McLaren also announced it’d limit production to just 399 examples. The McLaren Elva M1A by MSO pays homage to the iconic racing car that inspired its modern-day reimagining. It only makes sense for McLaren to honor that history with a special package that gives the sleek-looking supercar and nostalgic look and feel.