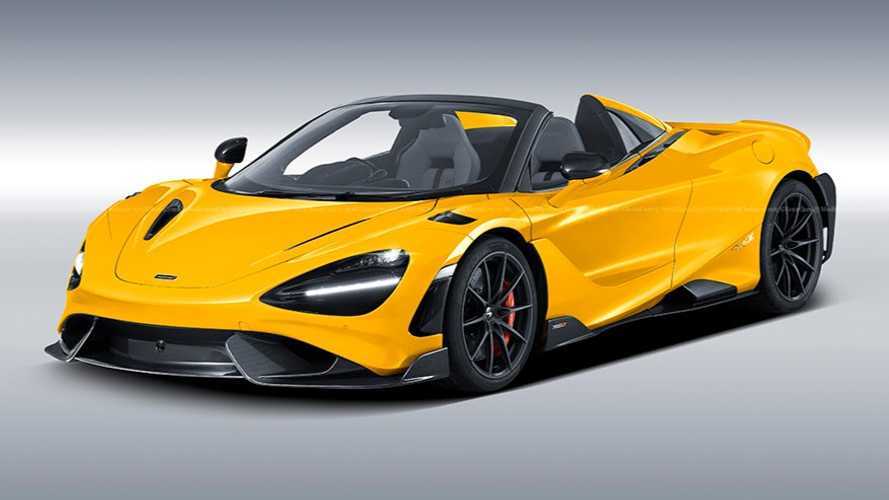 The 765LT is the latest and greatest addition to McLaren’s already impressive model range. It takes the 720S to another level thanks to an upgraded engine, lighter construction, and improved handling and traction. Judging by the company’s history in making open-top versions of its hardcore LT variants, we won’t be surprised if the 765LT spawns a Spider variant relatively soon.

Thanks to these new renderings by Nikita Aksyonov, we have to no longer wonder what a roadster version of the new supercar from Woking could look like. The virtual drawing takes inspiration by the 675LT Spider and uses a very similar retractable folding hardtop layout. The rest of the vehicle’s design remains unchanged, including the front splitter, bumper, side skirts, rear bumper, diffuser, and active wing.

In the 765LT, all these aerodynamic carbon fiber components combine to generate 25 percent more downforce compared to the "regular" 720S. The engine, in turn, now produces 755 horsepower (563 kilowatts) and 590 pound-feet (800 Newton-meters) of torque and is mated to a seven-speed dual-clutch gearbox.

McLaren 765LT Debuts With 755 HP And Lots Of Carbon Fiber

McLaren will produce exactly 765 examples of the new Longtail supercar. The British manufacturer assembled just 500 copies of the 675LT Spider and, if it gives the new LT Spider model the green light, we expect the production run to remain limited to the low-hundreds.