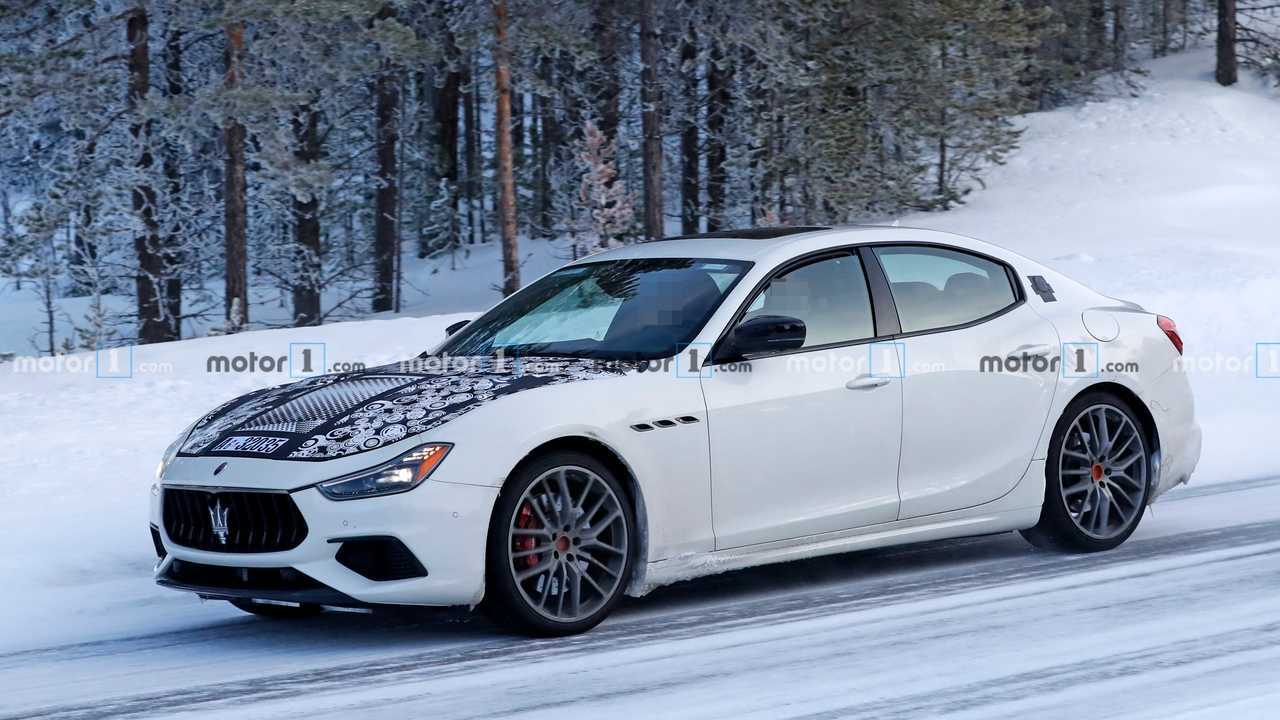 Nothing significant happens on the outside, but there's a fresh interior inside.

We knew an updated Maserati Ghibli was coming sometime in 2020, but we were expecting a bit more than this. A new set of spy photos show a Ghibli test vehicle with some camouflage wrap on the hood, and that’s about it. Oddly enough, the Maserati badge on the C-pillar is covered by conspicuous black tape but the trident in the grille is on full display.

It certainly appears Maserati has something in the works for the Ghibli’s hood. The nature of the update is unknown – at least on the outside – but it could have something to do with what lies beneath the hood. That’s because spy photographers on the scene snapped an up-close picture of a parked prototype with a tag on the windshield indicating a 2.0-liter engine. The tag also said “330HP” which we interpret to mean a 2.0-liter engine with 330 horsepower. This is interesting, since the current Ghibli’s base engine is a V6 developing 345 hp. Could a new entry-level model be in the works?

This could also be a plug-in hybrid model, which we know is coming as well.  That could actually explain the black tape on the C-pillar, perhaps covering up a charging port? Hybrid test vehicles usually have special stickers on them to identify the presence of an electric powertrain, but anything is possible. And if that's the case, 330 hp might refer to just the gasoline engine.

One thing we definitely see – or rather, don’t see – in these shots is the Ghibli's updated interior. Heavy covers are hiding the dash and center console, and whereas the exterior looks identical to the current model, the greenhouse appears significantly different. We catch glimpses of new lines on the center of the dash, no doubt connected to a larger infotainment screen. The driver should have a new digital screen as well, though other details are still a mystery at this point.

We expected to see the Ghibli plug-in hybrid at the 2020 Beijing Motor Show, but with the show being postponed due to the Coronavirus outbreak, it’s uncertain if Maserati will hold a standalone event. In any case, there shouldn’t be too much of a wait before we see the details of these changes.