Teasers reveal an edgy sedan with a minimalist interior.

A new Hyundai Elantra is coming. We know this because we’ve seen prototypes testing for some time now, and our most recent sighting showed a car that looked production-ready beneath its covers. Now, Hyundai is telling the world point-blank that the new Elantra is coming. And you’ll be able to see it on March 17.

To mark this T-minus-one-week occasion, Hyundai dropped a couple of teaser photos showing what it's calling a four-door coupe with some rather dramatic body lines. The four-door does appear to have a sweeping coupe-like roof, though we suspect more than a few people will favor calling this a sedan. 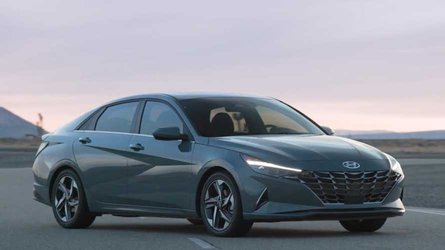 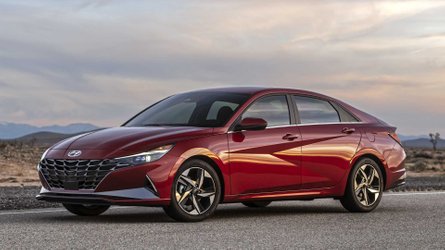 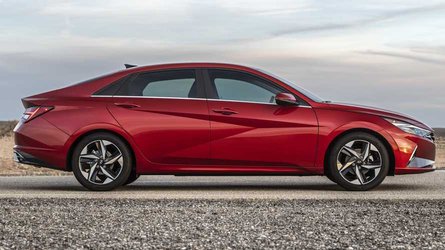 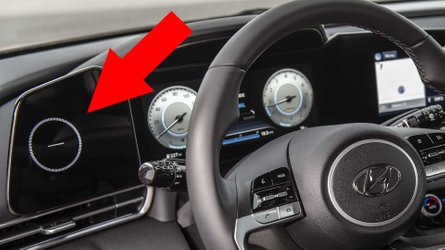 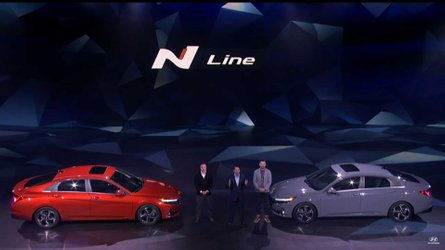 Based on the limited views we see in the teaser photos and video, it looks quite striking and very angular with its sharp body creases on the doors. The video offers a very brief glimpse of the grille, which is decidedly large and in-line with Hyundai's current design language.

Moving inside, the single teaser image for the interior reveals a very minimalistic atmosphere. A large center touchscreen seems to blend seamlessly into what should be a digital display for the driver as well. There are no discernable buttons on the center console or the door panel, with just a couple of toggle buttons seen on the steering wheel. Of course, this is just a teaser photo so expect to see something a bit different come reveal day.

As mentioned, the 2021 Elantra will go live on March 17. Specifically, a press conference and livestream event will begin at 7:00 PM PDT (10:00 PM EDT) at The Lot Studios in West Hollywood. As for production models, Hyundai says the new Elantra will be available to buyers beginning in September.

HOLLYWOOD, Calif., Mar. 10, 2020 – Hyundai Motor revealed today the first images of the all-new 2021 Elantra. The upcoming seventh-generation Elantra showcases an edgy and aggressive look based on parametric shapes and textures, which reflects Hyundai’s new design identity. The world premiere press conference will take place at 7 p.m. PT on Mar. 17, at The Lot Studios in West Hollywood, Calif. and will be livestreamed around the world.

The all-new 2021 Elantra’s design accentuates its progressive and exotic character through Parametric Dynamics. Cutting edge engineering solutions and design innovations actualized the polyhedral appearance. Essentially, advanced digital design technology brought the Parametric Dynamics design language to life. Having three lines meet at one point is the main element of Parametric Dynamics. This formation is a daring challenge, which has been avoided in car design, marking Elantra’s disrupter-spirit.

The 'Immersive Cocoon' interior layout creates a driver-focused user experience. Low and wide structures go from the door and connect all the way to the center console, while the large interface consisting of two harmoniously integrated displays elevates the racing-inspired feel of the car.