The lease-only electric sedan is no more, but few will miss it.

When Honda introduced the Clarity Electric at the 2017 New York Auto Show, it touted the model as being the “first affordable, midsize, five-passenger battery electric vehicle (BEV).” Even though the company had high hopes for its zero-emissions sedan, the underwhelming range of just 89 miles (143 kilometers) from a 25.5-kWh battery pack was ultimately its Achilles heel as customers have much higher expectations in terms of range from an electric car. 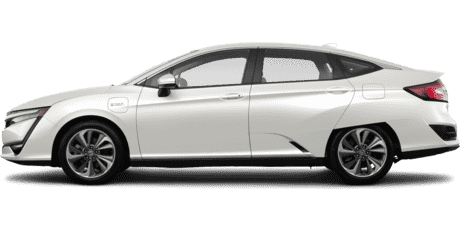 save over $3,400 on average off MSRP* on a new Honda Clarity

It doesn’t come as a surprise that USA Today has learned from Honda the Clarity Electric is no more, but the Plug-in Hybrid and the Fuel Cell models will soldier on through at least the 2020 model year. All three generated combined sales of 11,654 units in 2019, representing a massive drop of 42 percent compared to the previous year. Out of the three, the plug-in hybrid is likely the most popular, especially since the Electric was only available as a lease in California and Oregon whereas the Fuel Cell is limited to California. The PHEV model can be ordered in all 50 states at an MSRP starting at $33,400.

The Clarity Electric did have an ace up its sleeve as it was Honda’s first EV to benefit from fast-charging capabilities, replenishing the battery to an 80-percent level in only half an hour. That sounds good on paper, but when you do the math, you get 71.2 miles (114.5 kilometers) of range in 30 minutes, which isn’t something to write home about.

With the Clarity Electric getting the proverbial axe and the adorable E city car not coming to the United States, it means Honda doesn’t have an EV to sell in North America for the time being. Green Car Reports says the Clarity Electric has also been removed from the automaker’s consumer sites in Japan and Canada, so the car’s future looks grim – if it even has a future at all.