This Damaged Chevy Corvette C8 Must Have A Sad, But Interesting Story 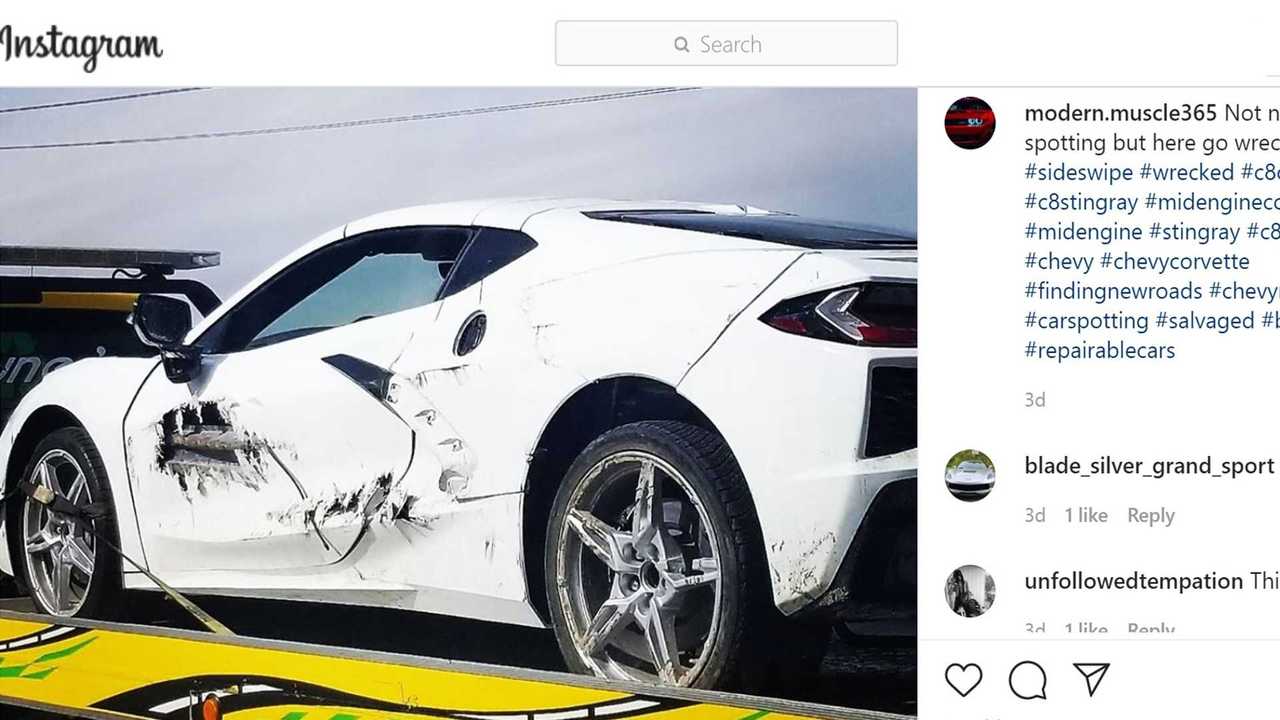 It's probably not a privately owned car, but it's still pretty messed up.

2020 Chevrolet Corvettes are finally arriving at dealerships and making their way to new owners. It’s unclear if this particular white Corvette is owned by an individual, a dealership, or is part of GM’s Corvette fleet. Regardless, it’s definitely seen better days, as this Instagram post from modern.muscle365 clearly shows.

There isn’t context for the car or exactly what happened. Speculation from an article at CorvetteBlogger falls towards this C8 being under the ownership of GM as a preproduction vehicle. Specifically, the wheel gap at the rear fender is larger than what we see on production cars, and the wheels have no center caps in them – something we’ve also seen on test vehicles. Of course, both of these issues could be a result of the impact, but it seems quite unlikely.

As to the impact, that’s a mystery as well. One commenter in the Instagram thread suggested it was a Photoshop job, as the damage on the door does look rather strange. A follow-up post was made (above) showing the car on the flatbed wrecker from further back, and it’s clearly legitimate. A lack of a license plate further prevents us from identifying the ownership of this C8, but the source of the photo is allegedly the Detroit area. In other words, there's plenty of evidence that points to this being a GM fleet vehicle.

The C8 Is Finally At Dealerships:

2020 Chevy Corvette C8 Lease Deals Are Not That Great

With the new Corvette now making its way into owners' hands, there is some question as to just how many we'll see smashed up in the future. That's not to say the C8 is a difficult car to handle – our first-drive experience behind the wheel found a car that was a pleasure to pilot through corners. Moving the engine behind the driver does give the C8 a pronounced rear-bias to its weight distribution, and that does affect handling characteristics. Even with driver assists in place, long-time Corvette drivers who've never experienced the natural rotation of mid-engine cars under hard braking and cornering could be in for an unpleasant wake-up call.

Here's hoping that won't be the case, though once the Z06 arrives we suspect we'll see more tank slappers as people exercise the 'Vette even harder.