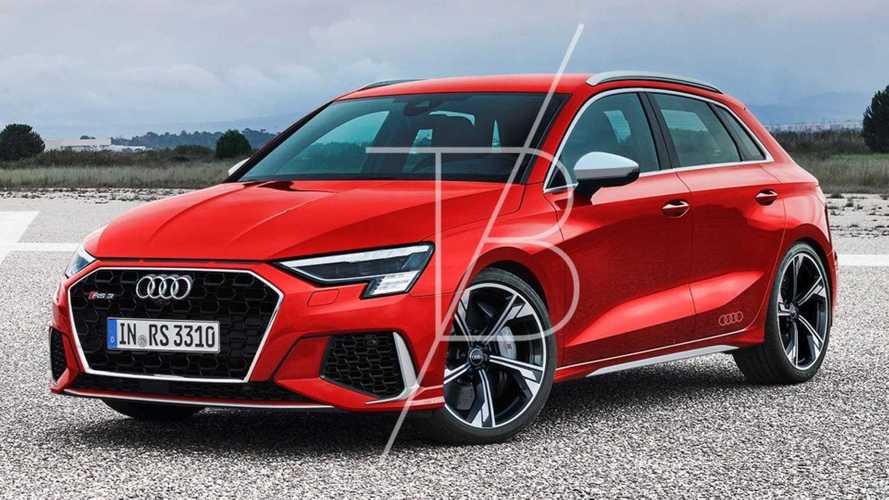 Don't be too surprised if the real thing will be similar.

Audi unveiled the fourth-generation A3 Sportback at the not-the-Geneva-Motor-Show nearly a week ago, and we’ve already seen a speculative rendering of its sedan cousin. Fast forward to today, long-time Motor1.com reader Tobias Büttner has been kind enough to share with us his vision of the RS3 Sportback using as basis official images released by Audi of its posh compact five-door hatchback.

Looking just about ready to compete with the Mercedes-AMG A45 S, the new Quattro rocket from Ingolstadt takes the already sporty styling of the 2021 A3 Sportback up a notch with larger air intakes up front and dual oval exhaust tips at the back. The artist threw in a set of larger alloy wheels and lowered the ride height for a more aggressive stance, while adding the “nostrils” of the RS4 facelift inspired by the legendary Quattro.

Even though the RS3 Sportback prototype we saw at the end of January didn’t seem to boast the horizontal slat above the grille – unless it was completely masked by the camouflage – the production version will likely have it. How so? In the build up to the A3’s reveal, Audi previewed the warm S3 model and the hot hatch did have the Quattro nostrils, so it would make sense for the beefier RS3 to adopt a similar look.

Looks aside, the new RS3 Sportback should be a real monster in the compact segment once again thanks to its five-cylinder engine. The turbocharged 2.5-liter mill is said to get a healthy bump in output to around 420 horsepower, with Auto Motor und Sport reporting a while back an RS3 Performance could pack as much as 450 hp. It remains to be seen whether the rumor mill is accurate, but surely Audi doesn’t want the 416-hp Mercedes-AMG A45 S to win the horsepower war.

It will be a while before the RS3 Sportback will come out taking into account logic tells us the S3 will be revealed first. Both Audi Sport versions of the new A3 will spawn sedans for North America where they’ll rival Mercedes-AMG’s CLA 35 and CLA 45 models, respectively. BMW is joining the party with the M235i Gran Coupe and there’s a new rumor about a full-fat M2 Gran Coupe, too.