You’ve probably heard by now that Uwe Gemballa’s 26-year-old son Marc Philipp is attempting to revive the spirit of the iconic 959 supercar with a latest-generation 911 benefitting from actual off-road chops. The car was originally teased at the end of February and was supposed to be presented behind closed doors at the Geneva Motor Show, but the event was canceled at the last minute due to the Coronavirus outbreak in Europe.

Despite the setback, the teaser campaign is continuing as planned as a new sketch has been released to reconfirm the 959 inspiration applied to the 992, complete with a giant rear spoiler and massive fenders.

The adjacent sketch has been published by the car’s designer, Alan Derosier, ahead of a world premiere programmed to take place later this year. While details about the off-road-ready 911 are shrouded in mystery, we do know the project is completely funded and Marc Philipp Gemballa GmbH has teamed up with some important names in the automotive industry: Akrapovic for the exhaust, Michelin and BF Goodrich for tires, VELA Performance for engineering, DS Fasertechnik for carbon fiber, and KW Automotive for the suspension. 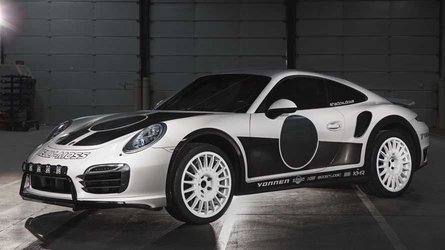 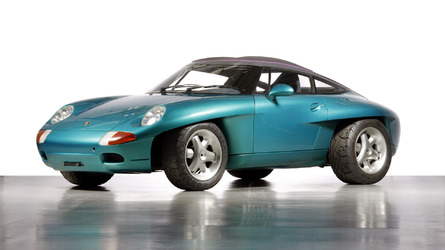 The company behind the ambitious project mentions it has already accepted preorders for the jacked-up Porsche, although we don’t know how many vehicles will be produced and how much Marc Philipp Gemballa GmbH is asking for the 959-inspired 911. The car has been in development for more than two years and will be available in a limited-run series fort those looking for an “adventure, no matter where in the world, no matter what the terrain, no matter what the climate or road conditions.”