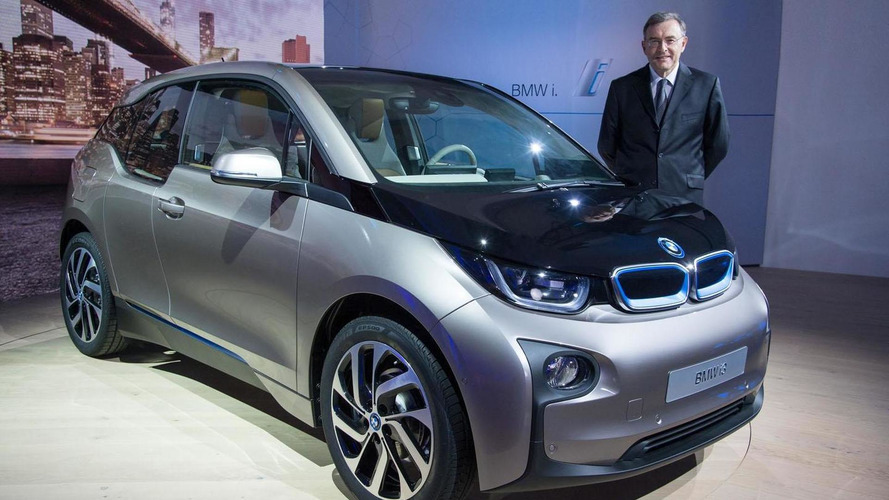 BMW has officially unveiled the 2014 i3 at a series of simultaneous events in New York, London and Beijing.

BMW has officially unveiled the 2014 i3 at a series of simultaneous events in New York, London and Beijing.

Described as a "revolutionary step towards sustainable mobility," the i3 has a familiar design which closely echoes the concept that was introduced at the 2011 Frankfurt Motor Show. Notable styling highlights include a distinctive grille, U-shaped LED headlights and a “black belt” that runs from the hood to the tailgate. The model also has rearward opening “coach” doors, “stream flow” side contours and 19- or 20-inch forged light-alloy wheels.

The model can also be equipped with a range-extending two-cylinder petrol engine that "maintains the charge of the lithium-ion battery at a constant level, while on the move, as soon as it dips below a specified value." This enables the i3 REX to have a combined maximum range of approximately 300 km (180 miles).