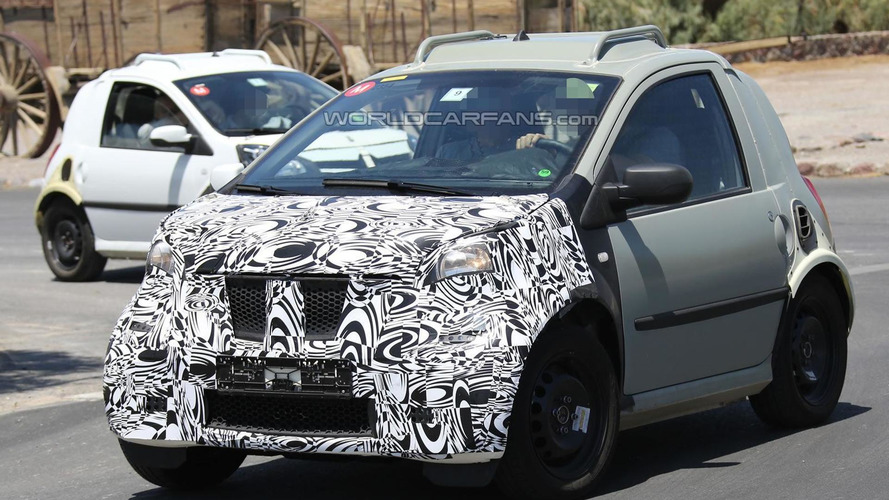 A test mule of the 2014 Smart ForTwo has been photographed in Death Valley, California. Will share platform with next-gen Renault Twingo.

A test mule of the 2014 Smart ForTwo has been photographed in Death Valley, California.

Sharing its platform with the next-gen Renault Twingo, the new ForTwo will come with a steeply rising front grille and high-positioned headlights, while the rest of the styling will be directly influenced from the ForVision concept shown by Smart at the 2011 Frankfurt Motor Show. It will ride on a rear-wheel drive platform and be offered as a two-door, but a ForFour derivative with rear doors is also in the pipeline even though its predecessor had extremely low sales.

Engine details are scarce right now, but the ForTwo is likely to receive small three-cylinder mills, along with an EV variant powered by an 87 bhp (65 kW) electric motor. The more practical ForFour is rumored to feature a three-cylinder turbo gasoline power unit developing 84 bhp (63 kW) and 104 bhp (77 kW).

An official unveiling of the ForTwo should occur in September at the 2013 Frankfurt Motor Show, before the car goes on sale early next year.