Your new mid-engined supercar is on its way to be delivered.

On February 3, Chevrolet officially kicked off the production of the 2020 Corvette C8. A new video comes to prove the first assembled examples of the sub-$60,000 supercar are now headed to Chevy showrooms around the country.

It may be just a blurry clip but the footage taken at 8:35 PM CST on March 4 shows at least four auto transporters carrying 2020 Corvettes taken fresh off the assembly line at General Motors’ Bowling Green, Kentucky, plant. The video comes from an exterior camera installed on the National Corvette Museum.

A post from the CorvetteBlogger details the delivery status of the first assembled C8s after it’s been updated from the initial “Null” status. “It’s a great day for Corvette and for those who will be taking delivery of their 2020 Corvettes in the coming days,” the article reads. 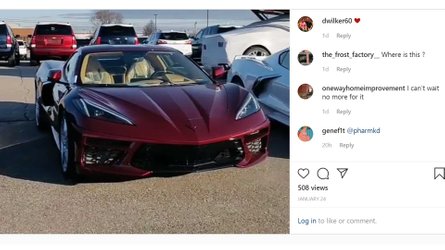 2020 Corvette C8 Production Starts Today, But What Are These Cars? 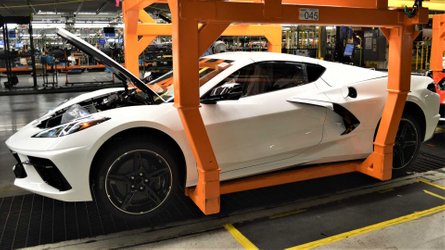 Chevrolet’s updated plan was to begin shipment of assembled Corvettes in late February or early March and it’s probably safe to say the automaker lived up to its promise. With more than 40,000 orders already received, more than 300 of which from Japan, the manufacturer will have to keep a steady pace of production to meet the demand.

Alternatively, you can still order the Corvette C7 but bear in mind that fewer than 2,600 examples are left.

So, if you are among the lucky ones who’ve put an order for the 2020 Corvette C8, your car is probably on the road to your nearest dealer or will be very, very soon. The shipment of the first produced cars adds to the excitement from enthusiasts and the motoring community over the new mid-engined supercar.