2021 BMW 4 Series Convertible Caught With The Top Down 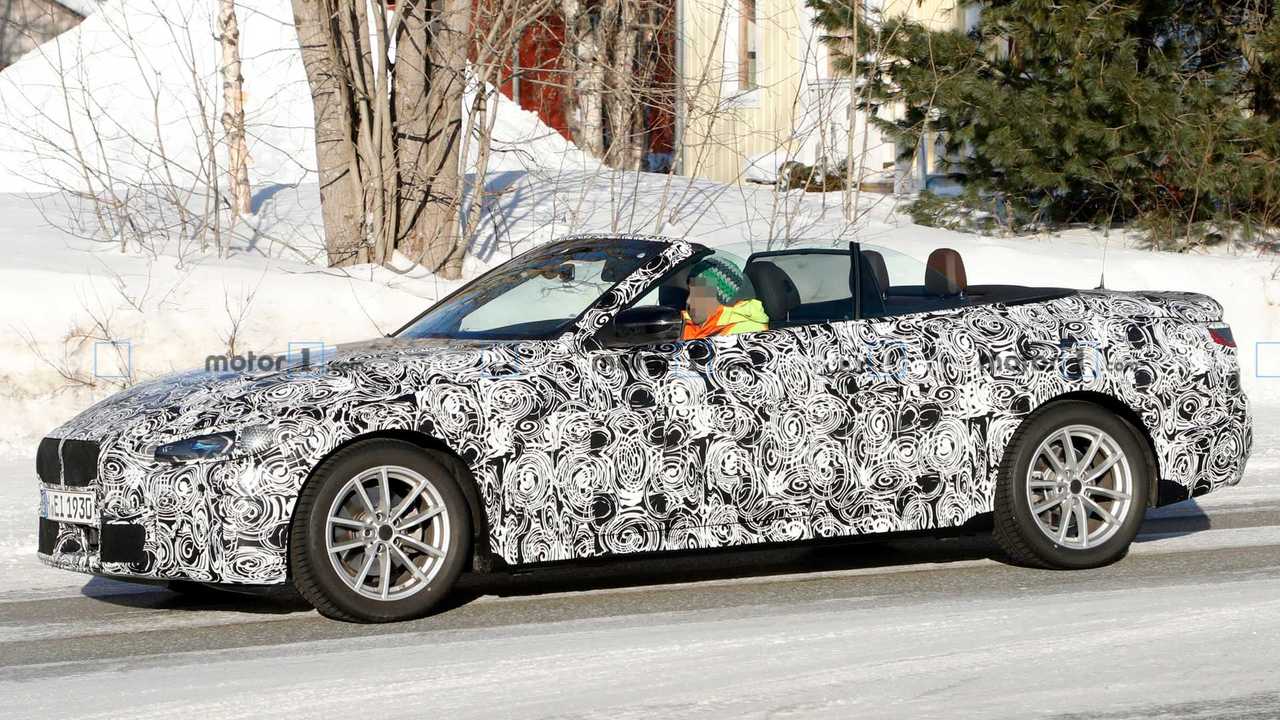 It was a sunny day, so the test driver made the most of it.

It was a little over a week ago when our spies caught a prototype of the new 4 Series Convertible with the roof up and now they’ve just spotted a different vehicle in the hands of a BMW test driver while enjoying some droptop motoring. Even though temperatures were well below 0 degrees Celsius, - 15°C or +5°F to be exact – that didn’t stop the driver from putting the fabric roof down to make the most of the winter sun.

To protect from the cold winds as much as possible, the driver had all four windows up as well as the wind deflector. Interestingly, BMW decided to block the view to the rear compartment by installing what looks like a parcel shelf you see on cars that have a tailgate. Hiding between the trunk and the rear seats was the folded soft top replacing the heavy and cumbersome metal roof of the previous 4 Series Convertible.

Gallery: 2021 BMW 4 Series Convertible spied with the top down

Switching to a fabric roof should translate into a larger cargo area as the folded top will take up less space. That could also have a positive impact on rear legroom, which is usually not that great in four-seater convertibles. Another positive aspect of the roof change will be the healthy diet enabled by the much lighter soft top.

BMW still slaps on a lot of camouflage on its 4 Series prototypes, even though we already have a pretty good idea of how these sleeker two-door 3 Series models are going to look like. Last year, the Bavarians introduced the Concept 4 with its hugely controversial grille to preview the next iteration of the 4 Series. Although it was officially a concept, the general design was likely quite close to what we’ll see on the production model later this year.

Codenamed G23, the new 4 Series Convertible will allegedly enter production in November and will go on sale shortly after that. The official reveal is scheduled to take place after the coupe’s debut, so look for the wraps to come off sometime this fall.

The New 4 Is Nearly Here: