A 797-horsepower sedan sounds like a fun way to get around.

The 2020 Dodge Charger SRT Hellcat Redeye is on the way to give the sedan a serious performance upgrade, and these spy photos catch one on the road with a covering only over the hood. Like the Challenger with this moniker, we expect the sedan to pack the tune of the supercharged 6.2-liter V8 making 797 horsepower (594 kilowatts) and 707 pound-feet (958 Newton-meters) of torque. An eight-speed automatic would be the only gearbox option.

Despite the covering on the hood, it's obvious that there's a big scoop there, which would help direct cool air to the supercharged engine. The rest of the front end appears to come straight from the Charger SRT Hellcat Widebody, including the wheels.

Similarly, the rear also appears identical to the Charger SRT Hellcat Widebody. However, the exhaust outlets on this car appear to have a rough finish, rather than the smooth, polished look from the pieces on the existing model.

Rumors about the Charger SRT Hellcat Redeye date back to May 2019 when an Instagram post from Motor Trend's Jonny Lieberman claimed that the model was on the way. However, he didn't cite any sources, and the vehicle's rumored debut at the 2019 Los Angeles Auto Show didn't happen. The speculation revved up again in January 2020 when a Dodge advertisement on Facebook mentioned the vehicle. 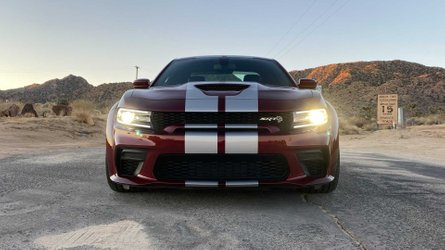 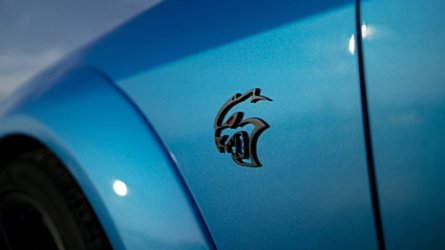 It's possible that the Charger SRT Hellcat Redeye's debut could be just weeks away. The poster for the upcoming So-Cal Spring Festival 15 shows a blue Charger with a widened hood scoop, and the image could be a hint of a special vehicle debuting there. This would fit with the rumors of the Charger Redeye debuting in the spring and going on sale in the summer.