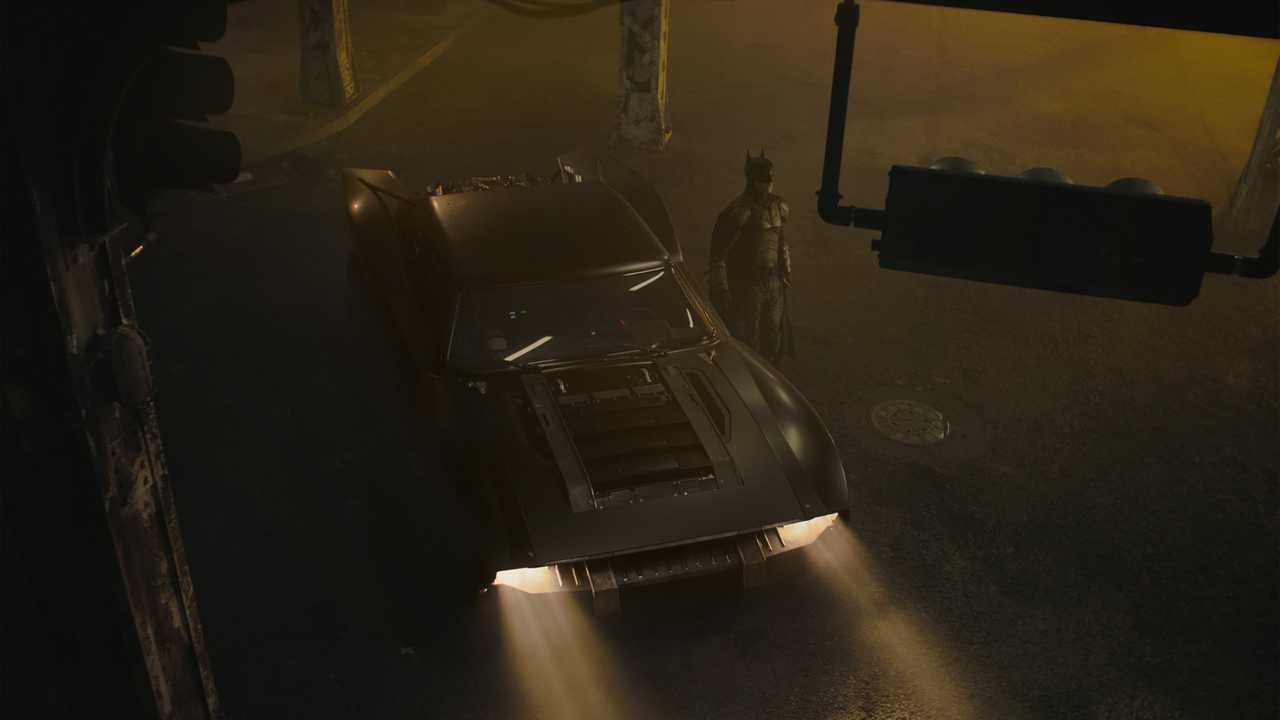 The latest Batmobile looks like a mid-engined muscle car.

A new Batman reboot is currently shooting where Robert Pattinson stars as the Dark Knight. In a newly published tweet, director Matt Reeves offers the first look of the new Batmobile, and it's safe to say that's it's a major departure from the Caped Crusader's ride in the past.

Reeves' only offers three shots of the new Batmobile, but they tell us a lot. In front, the car has a broad, largely flat hood with a vented portion in the middle. The headlights aren't visible, but they clearly have a setting deep in the grille. To us, there's a significant resemblance to classic muscle cars, especially a 1970 Dodge Challenger.

The Batmobile loses many of the muscle car cues in the photo from the rear three-quarters angle. There are massive rear fenders with a curved shape, and they flow backward to the trapezoidal taillights that have three horizontal lamps. The roof is very short because the entire rear section of the vehicle is exposed to make room for the massive engine.

What Bike Is Batman Riding (And Crashing) In His 2021 Movie?

New Batmobile For 'The Batman' Fully Revealed In Fresh Photos

The powerplant dominates the view from the rear. The engine has a massively angled V, and our team is at odds about whether we count four or five coilpacks on each side, which means the mill is either a V8 or V10. Look closely, and you can notice that the exhausts exit vertically on each side.  We theorize the circular structure in the center could be some sort of afterburner since this is such an iconic part of the Batmobile.

Looking past the engine, you can get a glimpse of the interior, and it looks like this Batmobile is taking a step back in time in terms of the appearance. There's a fairly small screen in the center of the dashboard, but the no other obvious high-tech toys.

The tubular supports running from the roof to the rear fenders are another neat touch. Not only do they look functional, but the styling also evokes the flying buttresses on the latest Ford GT.

The new film will have the simple title The Batman. The plot will allegedly cover the Caped Crusader very early in his crime-fighting career. The rest of the cast includes Zoë Kravitz as Catwoman, Paul Dano as the Riddler, Colin Farrell as the Penguin, and Jeffrey Wright as James Gordon. The planned release date is currently June 25, 2021.