2015 Acura NSX prototype teased, will be shown on August 4th 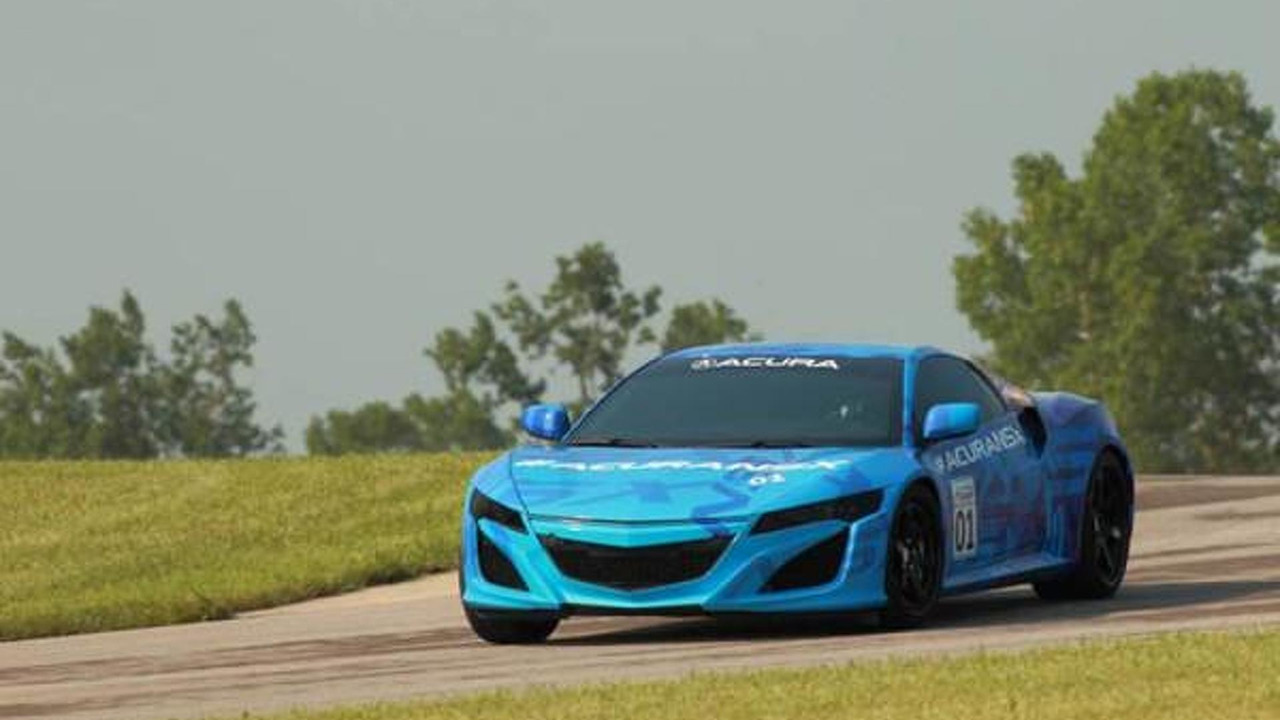 Acura has released the first picture of a NSX prototype undergoing testing. It will be shown at the Mid-Ohio Indy 200 on August 4th.

Acura has released the first picture of a NSX prototype undergoing testing.

Posted the company's Twitter account, the image reveals the car will closely mimic the updated NSX concept that debuted at the North American International Auto Show earlier this year. While the picture isn't of the highest quality, it suggests the production model will have new headlights, larger mirrors and restyled air intakes.

The company didn't have much to say about the car, but confirmed a pre-production prototype will be shown at the Mid-Ohio Indy 200 on August 4th. Acura is seeking to get maximum publicity out of the event, so the car will lap the circuit live on NBC.

As we have previously reported, the NSX will be built at Acura's Performance Manufacturing Center in Ohio. It will feature a mid-mounted V6 engine and a Sport Hybrid Super Handling All Wheel Drive (SH-AWD) system that has two electric motors that power the front wheels as well as another motor that is integrated into the dual-clutch transmission.