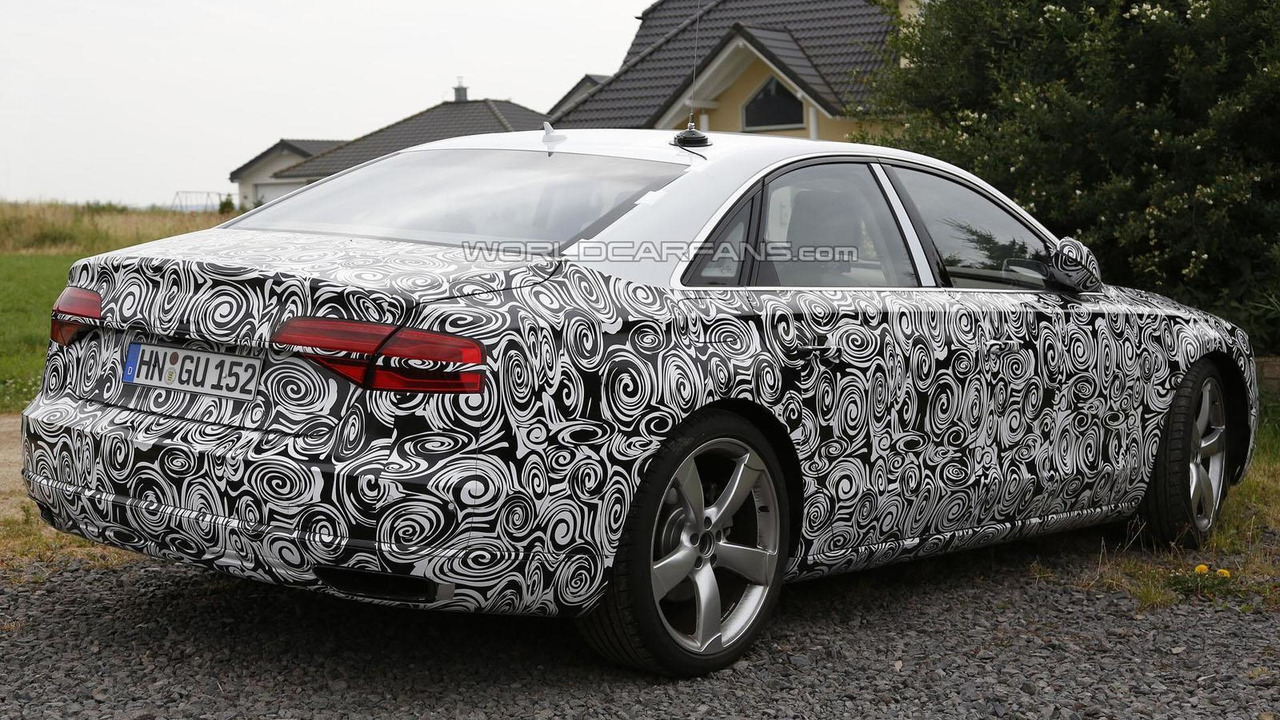 The 2014 Audi A8 has been caught by our intrepid spy photographers.

Looking fairly conservative, the updated model has modified bumpers, a revised grille and new exhaust finishers. The real highlight is the addition of Matrix LED headlights which use 25 individual diodes to deliver the optimal amount of light regardless of the situation. The headlights operate primarily in high-beam mode and automatically dip the relevant sections when oncoming traffic is detected by a camera. As Audi explained, "The system operates with such precision that it blanks out light that would shine directly onto oncoming and preceding vehicles, but continues to cast the high beams with full power on all other zones between and beside them."

Interior changes are relatively limited but the model will reportedly come equipped with an update infotainment system.

Engine options will likely carryover, so expect the usual assortment of petrol and diesel offerings.

Audi has previously announced the 2014 A8 will go sale later this year, so look for a possible debut at the Frankfurt or Los Angeles Auto Show.