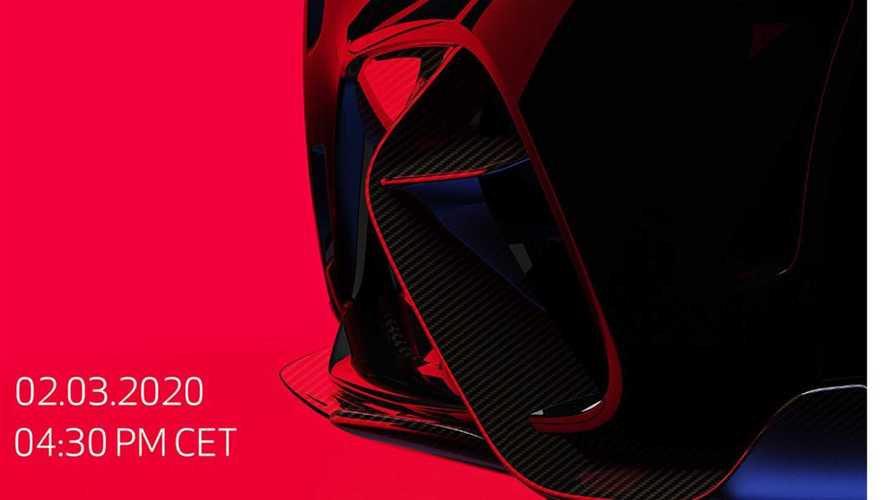 No Geneva Motor Show? No problem as Alfa Romeo has switched to plan B.

Swiss authorities have made it impossible for organizers of the Geneva Motor Show to hold the 90th edition of the event this month at the Palexpo center by banning any public gatherings of more than 1,000 people. Although this somewhat unexpected situation has created a lot of problems for automakers, many of them have already switched to plan B.

Case in point, Alfa Romeo will unveil the hotly anticipated Giulia GTA on the company’s website later today. A Facebook post depicting the final teaser reveals the world premiere is scheduled to take place at 4:30 PM CET, so 3:30 PM GMT or 10:30 AM EST depending on where you’re reading Motor1.com from.

The image itself shows a good chunk of the front bumper with an aggressive splitter and a heavy dose of carbon fiber. The air intakes have been completely reshaped and we’re noticing a brake cooling duct with a dive plane similar to what you’ll find on some race cars. It could mean the car has upgraded brakes to match what might be a beefier engine as some say the twin-turbo Ferrari-derived 2.9-liter V6 will exceed the 600-horsepower mark.

If the Giulia will indeed dust off the GTA (Gran Turismo Alleggerita) moniker, it means the hot sedan will lose some weight taking into consideration “alleggerita” stands for “lightened.” There are likely some chassis and suspension tweaks planned for the new version, which is not known at this point whether it’ll end up as a limited-run special edition or a regular production car.

There might be more to today’s reveal than the Giulia GTA as Alfa Romeo has published a subset of teasers on social media. Attached above and below, these might have to do with the rumored GTAm, a track-focused special edition with considerably less weight. Reports say it will lose some of the sound-deadening material and could even forgo the rear seats to make room for a roll cage.

While the Giulia GTA is said to get a carbon fiber rear spoiler, the GTAm will have a look-at-me wing. Both are reportedly getting a centrally mounted dual exhaust system, wider fenders, and several aerodynamic enhancements.

With the official reveal right around the corner, the wait is almost over. Watch this space to see what the Italians have come up to duel the Germans.