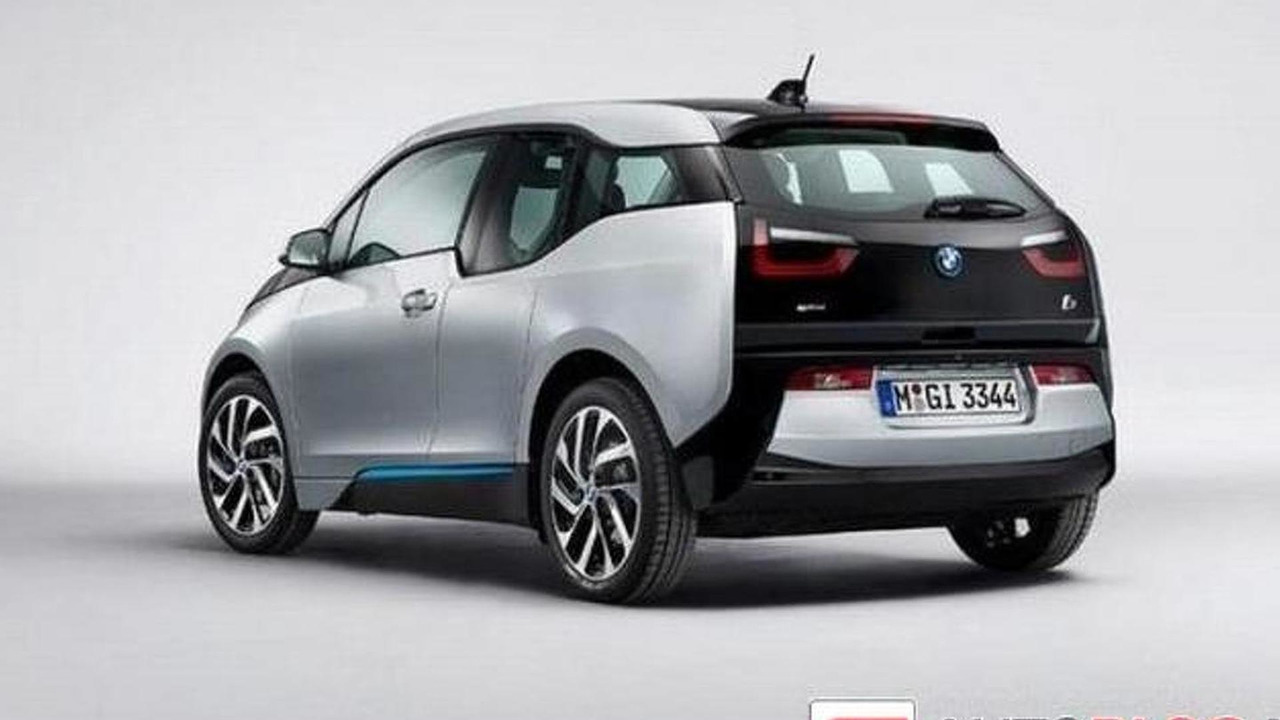 The first pictures of the 2014 BMW i3 have leaked to the web, ahead of its debut on July 29th.

The first pictures of the 2014 BMW i3 have leaked to the web, ahead of its debut on July 29th.

Looking instantly recognizable, the production model closely echoes the concept but adopts a new front bumper with revised head- and fog lights. The translucent doors have also been jettisoned for more conventional units that open rearward to improve access to the second row of seats.

Speaking of the cabin, it has a bold design which uses angular lines and unique materials. Notable highlights include a two-spoke steering wheel, metallic trim and freestanding iDrive and instrument cluster displays. There's also metallic accents and optional wood trim.

The range-extending variant has a similar setup but is equipped with a two-cylinder 650cc engine that acts a generator. It allows the model to travel up to 300 km (180 miles) before needing to be recharged or refueled.