Are you willing to take the plunge for a Shelby 'Stang?

Dealer markups aren't really new, especially on hot and coveted cars that have been recently launched. It has happened on the Toyota Supra before, as well as the Dodge Challenger SRTDemon. We would probably see the same fate on the mid-engined Chevrolet Corvette when it hits the dealer lots this year.

But before we see such a tragic event on the C8, an equally anticipated sports car has been reported to be suffering an uneventful dealer markup in California. We're talking about the 2020 Ford Mustang Shelby GT500, which gets a whopping $80,000 markup on its sticker price.

The dealership in question is Fritts Ford in Riverside, California. In a video posted by Speed Phenom, the Mustang Shelby GT500 being sold looks to be fully-loaded and quite unique. Instead of the usual light-colored pony car with dark stripes, this particular example is in black with blue stripes.

Nevertheless, we don't think its unique color theme warrants an $80,000 markup. For some perspective, the Shelby Mustang only starts at around seventy grand. With all the available options loaded, like the carbon fiber track package and technology package, not to mention the $10,000 stripes, the price of the car should only reach around a hundred grand. 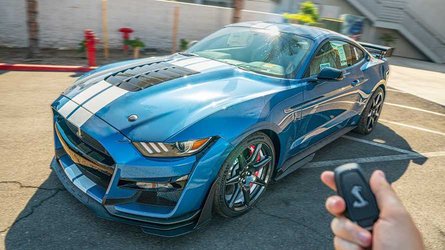 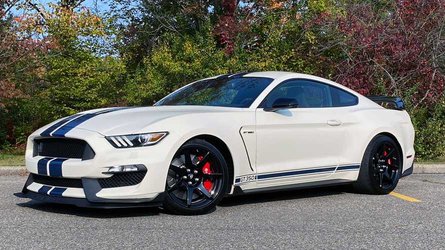 Ford Explains Why The Mustang Shelby GT350 Is Dead

This isn't the first time that a dealer markup has been reported for the Mustang Shelby GT500. Back in December 2019, a Ford dealership in Virginia wanted $145,890 for the car while another dealership in California wanted $170,000 for their Shelby.

However, with a dealer price of $185,890, this could very well be the most expensive Shelby GT500 we have seen so far. Do you think it's all worth the price?