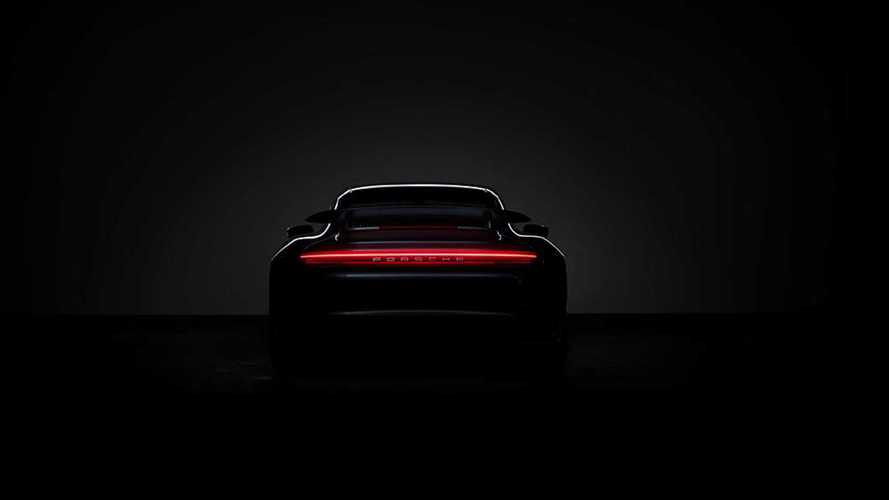 Porsche isn’t letting anything get in the way of its new 911 Turbo S reveal. Prototypes with nary any camouflage have been in the camera’s eye for months. Several photos were posted to Instagram earlier in February showing the entire car, inside and out. The new Turbo was slated to have its big official day in the spotlight next week at the Geneva Motor Show, but Coronavirus fears canceled the entire event. And yet, the Turbo teaser campaign continues, because it will be revealed next week with pomp and circumstance – photo leaks and viral epidemics be dammed.

Case in point is this brand new teaser image from Porsche posted above, showing us a darkened view of the backside which we’ve already seen. Actually, this teaser photo does seem to show a larger rear wing, but the car will have active aero so it could simply be fully deployed for this studio shot. Or will Porsche offer different aero options for its flagship 911? It’s unlikely, but perhaps there’s still some mystery to this reveal after all.

A video on Porsche's website shows the car under cover, accentuating the Turbo’s wide hips. The cover hides inlets in the rear fenders to better feed the twin-turbo flat-six perched behind the wheels. Porsche obviously hasn’t confirmed power figures yet – that will come next week – but rumors strongly suggest it will pump out a healthy 640 horsepower (477 kilowatts) in Turbo S guise, channeled to all four wheels through an eight-speed dual-clutch transmission.

That’s a significant bump from the 991-series Turbo S model, which is already capable of 60-mph sprints in the mid-two-second range. As such, when this 911 goes live it could become the quickest-accelerating production vehicle in the world.

And you can watch it go live with us next week. In lieu of Geneva’s cancellation, Porsche will hold a special livestream event on March 3 at 10:10 a.m. Central European Time. That’s 4:10 a.m. for Porsche fans on the eastern side of North America, but this reveal should be worth getting up early to see.

Flagship of the 911 series with live stream premiere

Porsche is launching into the 2020 automotive calendar with a spectacular innovation: As the 90th Geneva International Motor Show (GIMS) has been cancelled, the sports car manufacturer will showcase the new range-topper of the 911 series for unprecedented power, driving dynamics and comfort with a live stream premiere.

The presentation will take place on 3 March at 10:10 a.m. (CET). The event will be presented by former Formula 1 driver and Porsche brand ambassador Mark Webber and screened live in English and Chinese: NewsTV.Porsche.com/en/