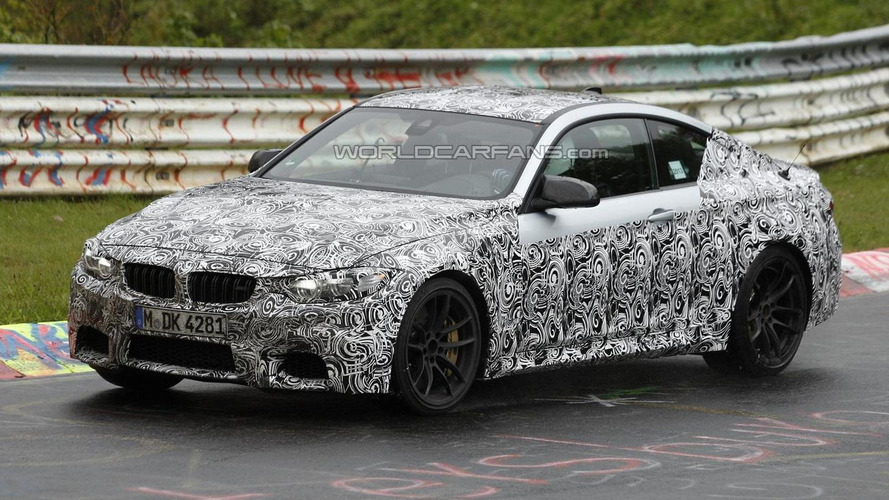 According to a recent report, BMW will introduce a M4 Coupe concept at the Pebble Beach Concours d'Elegance.

BMW M boss Friedrich Nitschke recently announced the 2014 M3 and M4 would likely debut at the North American International Auto Show and a new report is indicating the latter model will be previewed by a near-production concept at the Pebble Beach Concours d'Elegance which kicks off next month.

Little is known about the concept, but it will likely feature an aggressive exterior that closely resembles the 4-Series Coupe with M Performance parts. The model should also have a carbon fiber roof, an aluminum hood and a carbon fiber trunk lid.

Performance specifications haven't been announced but the M4 is expected to feature a twin-turbo 3.0-liter six-cylinder engine that develops up to 450 bhp (335 kW) and 405 lb-ft (550 Nm) of torque. The coupe should also be equipped with a sport-tuned suspension, high-performance brakes and a torque vectoring rear differential.

BMW's Senior Vice President Brand and Product Strategies, Klaus Froehlich, also told Auto Express that he just signed off on the M235i’s M Sport performance kit which will include a "proper limited slip differential." He added the model will be faster around the Nürburgring than the 1-Series M Coupe and feature 18-inch wheels with bespoke Michelin tires.