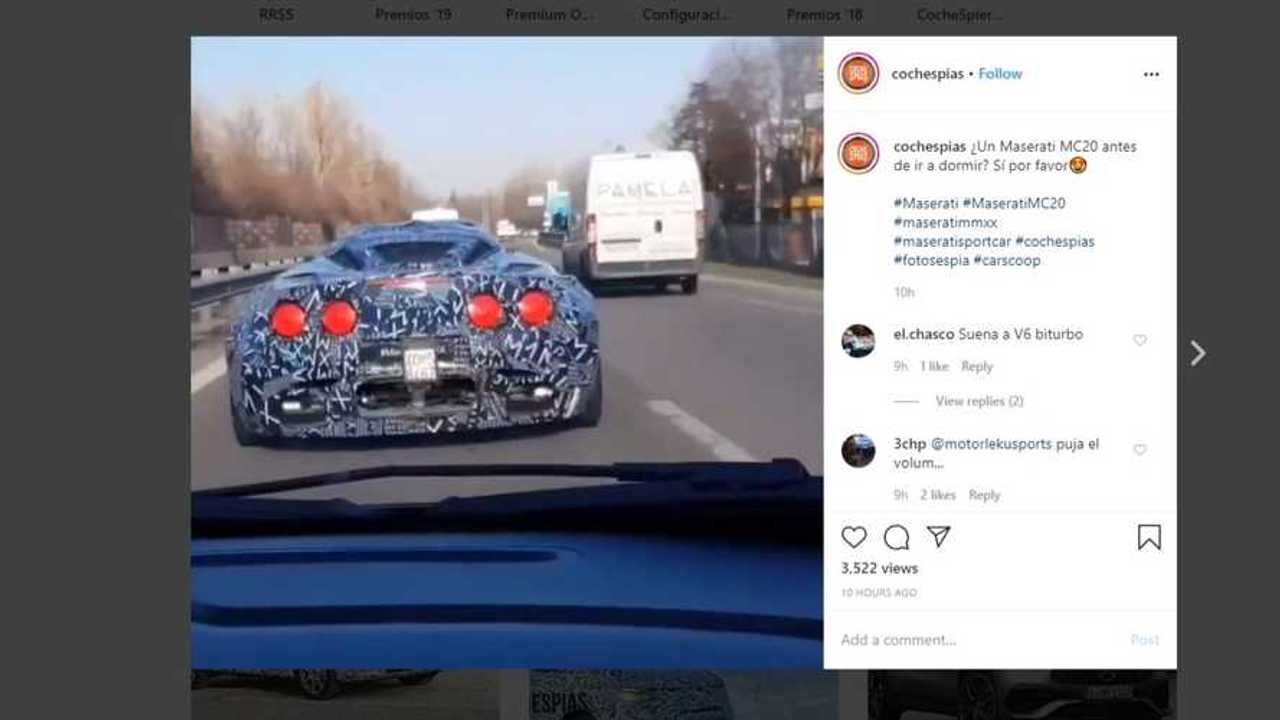 Don't judge the car by its current appearance as it has nothing to do with the actual design.

Maserati calls its new performance machine a “super sports car” representing a “natural evolution” of the iconic Ferrari Enzo-based MC12. That might not seem immediately obvious judging by the appearance of this rather ungainly vehicle spotted on the streets of Modena, but that’s because we’re merely looking at a test mule.

What may seem like an Alfa Romeo 4C with an insatiable hunger for McDonalds is actually the MC20 that appears to be loosely based on Alfa’s tiny sports car with a double set of round taillights reminding us of the Chevy Corvette C6. Chances are Maserati is using this 4C Frankenstein Edition to test the newly engineered powertrain that will be at the heart of the MC20. Developed and built in-house, the engine doesn’t sound half bad at low speeds while tacking Italy’s day-to-day traffic.

Even though the 4C resemblances are pretty obvious, the Maserati MC20 is unlikely to have anything to do with Alfa Romeo’s slow-selling nimble sports car in terms of aesthetics. It will be a new performance machine developed from the ground up and the company’s first new model in many years. The identity of the engine remains a mystery at this point, but we’ve heard rumors of a six-cylinder mill. Whatever it will be, only Maserati will get to use it and will pave the way for a family of engines set to be used exclusively by the company.

When Maserati revealed the car’s name earlier this month, it mentioned the MC20 is going to be built at the Modena plant where investments are being made to accommodate a newly developed electric powertrain. While that doesn’t necessarily mean a zero-emissions version is planned, it may be a hint the MC12’s spiritual successor will boast some form of electrification. Maybe not right away, but it could happen further down the line.

Named after “Maserati Corse” and the year 2020, the MC20 will be unveiled towards the end of May as part of the “new Maserati era.” Meanwhile, we’re anxious to see actual prototypes carrying the car’s real body rather than this awkward test mule.

An All-New Maserati Is Finally Coming: