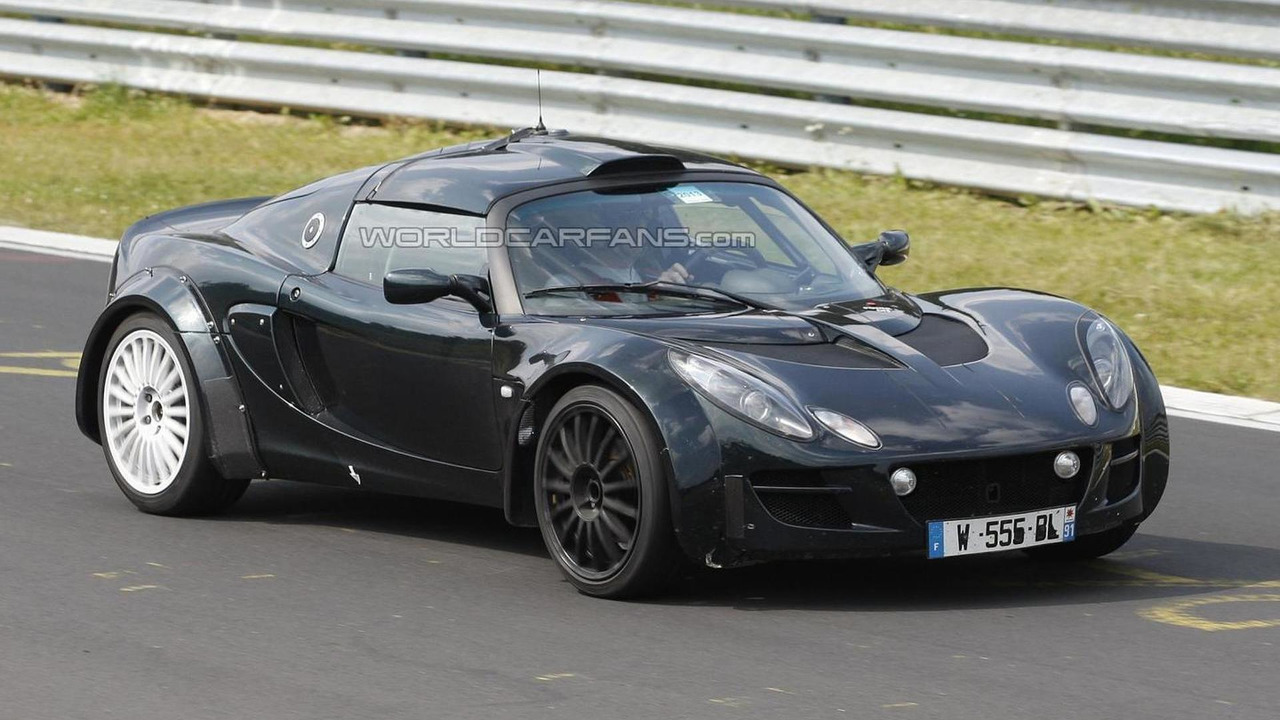 A prototype of the Lotus Exige-bodied Renault/Caterham Alpine has been spied testing once again at the Nürburgring.

A prototype of the Lotus Exige-bodied Renault/Caterham Alpine has been spied testing once again at the Nürburgring.

Judging by the French license plates this is a different prototype than the one photographed earlier this week but it looks virtually the same with its Lotus Exige body and beefier wheel arches. The prototype in these latest spy photos was seen on another occasion being tested by Swedish suspension firm Öhlins together with the Clio RS and Megane RS.

Like we mentioned a couple of days ago, there will be several differences between the two cars. A 1.6-liter turbocharged engine producing as much as 300 bhp (224 kW) is rumored for at least one of the cars. Since there will be output differences, we assume Caterham's version will be the lesser model as it will carry a significantly lower price tag.

A preview concept of Caterham's model will be unveiled in the first half of next year with a different name since only Renault's version will get to use the Alpine moniker. It will look "distinctively British" and people will easily recognize the car as a Caterham, according to a source from within the company.

Renault's marketing chief Stephen Norman says their version won't be soft but neither will it be "more hardcore than a Mazda MX-5." Some reports are suggestion the Renault Alpine will use an engine bigger than the rumored 1.6, with some saying it will be a turbocharged 2.0-liter mill. The car has been confirmed for a late 2015 launch.